Siwertell has received an order from Jaewoo Industries for a Siwertell screw-type shipunloader to be installed at KEPCO’s Taean coal-fired power plant in South Korea. The new shipunloader will be sixth Siwertell such machine at the plant and will form part of the plants 2100 MW expansion project, which is scheduled for completion in 2016. 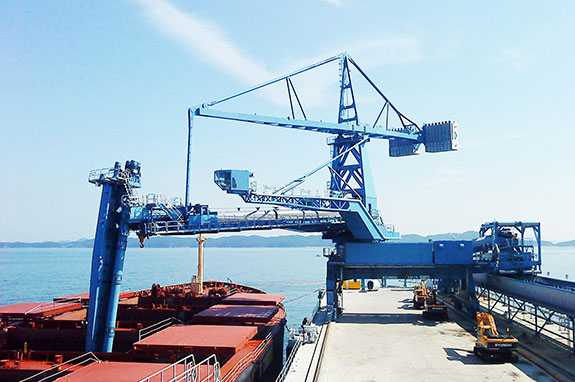 The Siwertell shipunloader will be used to unload limestone at the Taean coal-fired power plant. Photograph: Siwertell

The shipunloader will be used to discharge limestone for the plant’s flue gas desulfurisation process at a rate of 200 tph. Although it will incorporate key components manufactured in Sweden, where Siwertell is based, much of the steel fabrication will be carried out locally in South Korea. Final mechanical assembly and electrical installation will take place onsite at the power plant.

"Jaewoo made the decision to place this order primarily based on the benefits they have noticed with our totally enclosed screw-type unloaders already installed onsite – one of which has been in operation for more than 10 years," said Ola Jeppsson, Sales Manager at Siwertell. "Jaewoo considers the unloaders' low environmental impact, their reliability, efficiency and quality of design being great advantages."

The machine will be the thirteenth Siwertell shipunloader installed at a KEPCO plant. Taean is a 4000 MW coal-fired power plant located about 100 km southwest of Seoul, the capital of South Korea. Siwertell is part of Sweden-based cargo-handling company, Cargotec.

Read the article online at: https://www.worldcoal.com/power/24032015/siwertell-receives-order-for-limestone-shipunloader-coal2102/