The first UK carbon capture and storage (CCS) plants must be fast tracked and get the go-ahead within a year, according to a report from MPs. It described the technology as “vital to limit climate change”.

The report comes as MPs on the energy and climate change select committee (ECC) sharply criticised the government’s £1 billion competition for the first plants, which launched in 2007 and hard to be restarted in 2011, after the last competitor withdrew.

Tim Yeo MP, chair of the ECC, said: “Fitting power stations with CCS is absolutely vital if we are to avoid dangerously destabilising the climate. After nearly a decade of delay, the Department of Energy and Climate Change has finally got near to delivering two pilot CCS projects in the UK. It must now fast-track these projects and reach final investment decisions before the election to ensure this technology can start delivering carbon savings by the 2020s.”

Yeo said the pilots would not be enough to kick-start the large CCS industry needed in the UK to cut carbon significantly. Other CCS projects must therefore be made eligible for the guaranteed price contracts granted to other low-carbon energy projects, such as the proposed nuclear power plant at Hinkley Point in Somerset, as well as to offshore wind farms.

Yeo added: “The CCS ‘competition’ the government launched has turned out to be a model example of how not to support a fledgling industry.”

The MPs report said that the UK could become a world leader in CCS, because of its access to the North Sea, where CO2 could be buried in exhausted oil and gas fields. The UK’s engineering expertise and the cross-party commitment to cutting carbon also helped, it said.

Michael Fallon, energy minister, said: “The UK is ahead of the rest of Europe with two CCS projects actively undertaking detailed engineering studies ahead of full construction." He said CCS projects would be supported by long-term guaranteed-price contracts "so it’s important we take the time to get our decisions right and follow a robust process".

However, Tom Greatrex MP, Labour’s shadow energy minister, said: “The government attitude towards CCS has been one of damaging neglect. It appears to be uninterested in the enormous potential for CCS in the UK. In our efforts to decarbonise, CCS is not an option but a necessity.”

Professor Stuart Haszeldine, director of the Scottish CCS research group, said: “We all want a secure future, which includes low-carbon energy. Developing five CCS projects now will cost each UK household around £30 per year. The UK needs more than 30 of these to start building before 2025. To avoid extra costs later, we must develop our CO2 storage now. That is a good insurance premium against the 100% certainty of future carbon taxes and future global change.”

Swedish power company, Vattenfall, has cut its investment in CCS research as part of a realignment of R&D priorities. 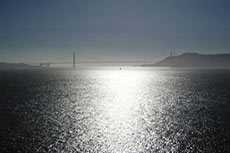