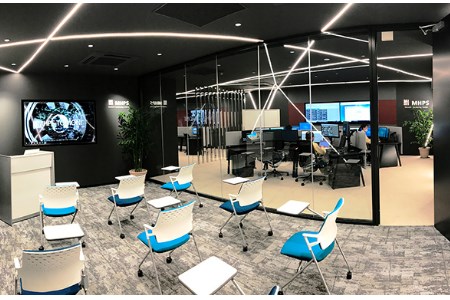 The newly established RMC will support O&M by monitoring the overall status of power plants, focusing on the boilers and steam turbines in a steam power plant, and coal gasifiers in IGCC plants. For geothermal power plants, O&M support is expected to focus on monitoring corrosion within steam turbines of geothermal generators – as these are often placed in harsh environments that are highly susceptible to corrosion. For GTCC plants, the new RMC will monitor the bottoming cycle, occurring in heat recovery steam generators and steam turbines, while working in tandem with the Takasago RMC and providing O&M support for gas turbine cycles.

Until now, MHPS has had three centres for monitoring thermal power facilities in Japan and overseas, the Takasago RMC established in 1999, the Orlando RMC that opened in 2001 and focused mainly on GTCC facilities in North America, the Alabang RMC, which was established in 2016 as a general service facility centred on the Southeast Asia region, and comprising a global service centre (GSC). Together these facilities conduct remote monitoring for more than 30 000 MW (30 GW) thermal power generators including over 150 gas turbines, steam turbines and boilers, providing broad O&M support.

The establishment of an RMC at Nagasaki Works, built upon utilising a wealth of operational technologies and expertise in designing and developing boilers to burn a variety of fuels with high efficiency, then combining this with digital technologies, is expected to make significant contributions to customer O&M services.

Going forward, MHPS will expand applications for the MHPS-TOMONI digital solution. This will include remote monitoring and working even closer with customers to pursue optimal operations for power generating facilities that will enhance the economic efficiency and profitability of power plants, as well as contribute to the stable supply of electricity and lessening of the environmental load.

Read the article online at: https://www.worldcoal.com/power/21012019/mhps-opens-remote-monitoring-centre-in-main-office-of-its-nagasaki-works/