According to Japan’s ‘Economic Times’, imports of LNG and thermal coal to the country rose to record levels in January, due to an increased need for fuel to fire power plants. This follows extended shutdowns of nuclear reactors following the Fukushima crisis.

All 48 commercial nuclear reactors in Japan have been shut since September 2013, with no scheduled restarts pending.

Japan’s LNG imports totalled 8.43 million t last month, up 3.1% from a year earlier, according to Ministry of Finance data. Imports of thermal coal climbed 10.2% in January to 11.19 million t.

Read the article online at: https://www.worldcoal.com/power/19022015/japan-thermal-coal-imports-reach-record-levels-1921/

Australian coal industry looks in better shape than the US industry, according to Wood Mackenzie 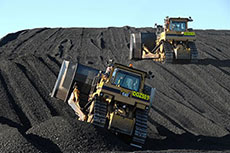