Because coal has a higher carbon intensity, even in a year when consumption of coal and natural gas were nearly equal, such as 2005, energy-related CO2 emissions from coal were about 84% higher than those from natural gas. 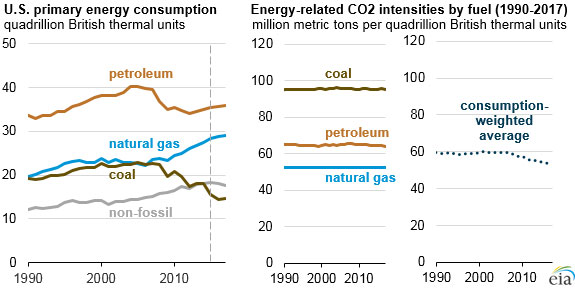 In 2015, natural gas consumption was 81% higher than coal consumption, and their emissions were nearly equal. Both fuels were associated with about 1.5 billion t of energy-related CO2 emissions in the US in 2015.