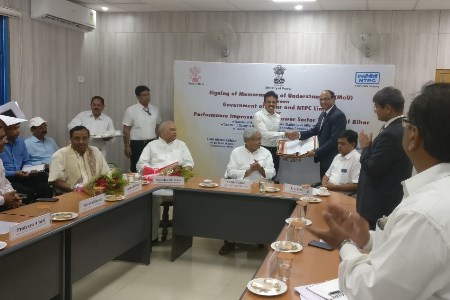 NTPC, a Maharatna Company under Ministry of Power, Govt. of India is the largest power generating company in India with a total installed capacity of 53651 MW (including JVs) from coal, gas, hydro, solar and wind power projects. NTPC is on an accelerated growth trajectory to meet this long-term target, and currently has a 21 071 MW capacity under construction. The company has two operational coal mines. NTPC in the past has demonstrated strong capability in turning around under-performing state-owned power plants.

NTPC with its expertise in construction of power projects and contract management capabilities is expected to complete the balance works and achieve sustained commercial operation of units in a time bound manner.

All the three power generation facilities are envisaged to be transferred to NTPC from the effective date to be notified by GoB through a statutory transfer scheme. The transfer of these power plants to NTPC will result in their optimal and efficient utilisation, bring the tariff down and benefit the people of Bihar at large.

Power from all the three power plants shall be available to the State of Bihar as before, after the approval by the Ministry of Power, Govt. of India.

Read the article online at: https://www.worldcoal.com/power/17052018/mou-signed-for-performance-improvement-of-bihars-power-industry/

The Department of the Interior has announced that the Office of Surface Mining Reclamation and Enforcement is extending the Abandoned Mine Reclamation Fund programme through 2034.