In a new report by the Carbon Tracker Initiative ‘Caught in the EU utility death spiral’, five firms – E.ON, RWE, GDF Suez, EDF and Enel – lost share values of €100billion (£73 billion) during 2008 and 2013 as a result of their growing reliance (by approximately 9%) and increased investment in coal over a period when Europe’s coal use fell by approximately 5%.

Although 100 new coal-fired power plants were at one time planned, only 19 plants were constructed in Europe. Taking into account plant closures, there was a net loss of 19 GW in coal-fired capacity. Increased production capacity of 130 GW from wind and solar also hindered the five energy companies.

RWE is reported as the worst-performing company. While it attributes declines in profits to declines in demand for fossil fuel-generated power, Carbon Tracker argued the RWE should have reduced power generation from coal when the EU published its three 2020 in 2008. However, the company still appears disinclined towards emissions budgets. Half of its electricity was powered by coal in 2013, despite its CEO, Peter Terium, saying that plans to set emissions budgets for big polluters would “affect our very existence.”

Enel, on the other hand, is reported to have gone against the declining market through separating its fuels and clean energy operations in 2008 and increasing its renewable capacity to 12% from 4%. In 2014, E.ON paralleled this.

Matt Gray, one of the report’s authors, argued a move to a cleaner energy system is inevitable. He said: “The future for coal in Europe is very bleak. We see coal generation reducing significantly between now and 2030, due to increases in renewables and stagnating energy demand.”

Read the article online at: https://www.worldcoal.com/power/15062015/coal-contributed-to-europes-big-five-energy-giants-losing-large-share-value-2421/

News headlines have been dominated by stories of financial companies, sovereign wealth funds and other institutions divesting their holdings in the coal industry. But such moves will not bring an end to global coal use. 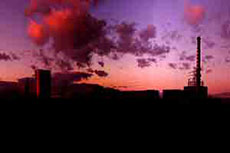 Stieber backstop sourced for controlled back running of inclined conveyors in Pennsylvanian coal mine.

The European energy model based on large vertically-integrated utilities has been broken by overcapacity and the increase in renewables generation.