As we make the transition to cleaner energy, protecting coal workers and coal communities needs to be at front and centre of that transition. Pollution from coal has major repercussions on our environment and health. Phasing out coal power generation in Canada will protect the air we breathe, eliminating 12.8 million t of carbon pollution from our atmosphere in 2030. This will also help the country avoid an estimated 260 premature deaths, 40 000 asthma episodes and 190 000 days of breathing difficulty for Canadians everywhere. 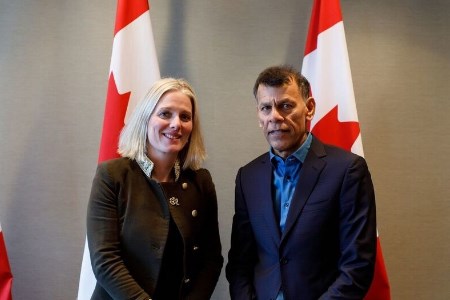 On 11 March, the Minister of Environment and Climate Change, Catherine McKenna, welcomed the final report from the independent Just Transition Task Force.

Over the last year, the Just Transition Task Force met with coal workers, their families, communities and labour representatives. Their report provides expert advice that will help shape Canada's approach to assisting Canadians and communities affected by the phase-out of traditional coal-fired electricity. The report includes 10 recommendations to support workers and their communities through the transition. The work of the Task Force will help lay the foundation for a just transition away from traditional coal electricity.

The Honourable Patty Hajdu, Minister of Employment, Workforce Development and Labour, stated: "The Just Transition Task Force consultations with coal workers, communities and stakeholders provides the Government of Canada a better understanding about how to best support coal workers and their communities. We are committed to working hand in hand with the provinces, stakeholders and impacted communities to offer programs and services that will help affected workers to quickly transition to new careers."

Read the article online at: https://www.worldcoal.com/power/13032019/canada-welcomes-just-transition-task-force-report-for-canadian-coal-power-workers-and-communities/