Petrovietnam, the Vietnamese state-owned oil and gas group, has announced plans to import around 10 million tpa of coal from 2017 onwards. The coal will mostly be sourced from Australia and Indonesia, and used to feed domestic thermal coal-fired power plants, a company official said.

Vietnam has traditionally been a net coal exporter, yet in recent years the country has cut its annual export volumes of coal to fill growing demand from coal-fired power plants at home. Domestic output has also been falling after decades of mining activity.

In 2013, Vietnam’s coal exports fell to 12.8 million t, down almost 16% from 2012 levels. The country does not publish coal import data in its official statistics.

Three thermal coal-fired power plants are due to begin operations in 2017 and will require coal that the country will need to import.

Two of the plants are being developed in the Mekong Delta in Vietnam’s south, while the other is scheduled in the central province of Quang Bing. The three plants need a combined total of 10 million tpa of coal.

The majority of Vietnamese coal is mined in the northern region, including Quang Ning province, the coal hub, and in the Red River basin, where most of the thermal fuel remains untapped.

Vinacomin, the country’s top mining group, has also been constructing coal-fired power plants. The company is joining Petrovietnam is seeking to import coal from Australia, while the company has been importing a small volume of Indonesian coal since 2011. Vinacomin has also announced plans to import coal from Russia.

Acceding to the International Energy Agency, coal accounts for a third of Southeast Asia’s energy mix. Power generation capacity in the region is also expected to rise by 50% through to 2020, of which more than half will be coal-fired, according to the IEA.

Read the article online at: https://www.worldcoal.com/power/10022014/vietnamese_coal_imports_set_to_rise_488/ 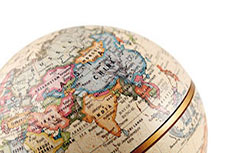 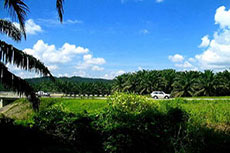