Brown Coal Innovation Australia (BCIA) is to provide funding for an R&D project at the Loy Yang coal-fired power plant, targeting the significant reduction of carbon emissions from brown coal power generation in the Australian state of Victoria.

The BCIA will provide AU$650 000 towards the research project, which will combine CSIRO CO2 capture technology that of Japanese technology supplier, IHI Corp. The project is aiming to reduce energy usage of current-plant post-combustion capture (PCC) processes for Victorian brown coal-fired power plants by 40%. It joins about 25 pilot-scale projects around the world seeking to reduce the so-called “energy penalty” of carbon capture.

Read the article online at: https://www.worldcoal.com/power/08082014/world-coal-funding-for-victorian-carbon-capture-project-coal1179/

Construction at the Petra Nova post-combustion carbon capture project in Texas has begun.

A strong PR and communications system is essential if carbon capture and storage technology is to prove a viable proposition. 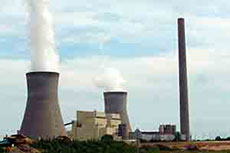 The Institute of Chemical Engineering (IChemE) has urged more innovation in the design of coal-fired power plants to improve environmental performance.