One of the first complications with designing any electrical system for use in a coal mine is that it must be intrinsically safe and meet the requirements of ATEX regulations, which relate to any component being used within a potentially explosive atmosphere. This considerable hurdle has greatly reduced the implementation of current technologies within the mining industry.

Maintaining high standards of safety directly affects the productivity and efficiency of the mine. At the same time, implementing modern technology both in terms of mining equipment and safety systems will improve efficiency and cost effectiveness.

Safety is always the paramount concern in coal mining and technology is at the forefront of the battle to reduce the number of injuries and deaths each year. The nature of an underground coal mine presents a number of potential hazards, from roof collapses and poisonous gas to flooding and explosions. Over the years, automation of various processes has been implemented to reduce the danger to personnel.

The implementation of modern mining techniques and equipment has greatly reduced the number of casualties from roof collapse, especially in more developed areas. As this risk is reduced, attention is directed towards other areas, such as injuries caused by modern mining machinery. Continuous mining machines are controlled by a single operator standing near the machine. Proximity sensors are now being introduced to address the risk of the operator suffering an injury. These are programmed to form a perimeter around the machine, while the operator wears a receiver that will shut the machine down if the perimeter is breached.

Gas sensing systems are obviously critical to the safety of all personnel working underground. The range of explosive and toxic gases that can be present in a coal mine makes the use of a reliable gas detector an essential feature of mine safety. However, the sensing system must be dependable and not prone to nuisance alarms that could cause significant disruption to coal production and overall mine efficiency.

In many cases, sensor elements have to be changed on a regular basis in order to maintain the calibration of the detector. But more recent developments in oxygen sensors have seen a new design where the sensing system will last as long as the gas monitor itself. This removes the expense of sensor replacement for every individual working in the underground environment.

There is also some research into the use of fibre optic sensing technology that uses a passive optical fibre, without the need for power distribution or discrete sensors that can be used over a range of 50 km. This approach simplifies the process for gaining approval to operate this style of sensor in potentially explosive atmospheres. 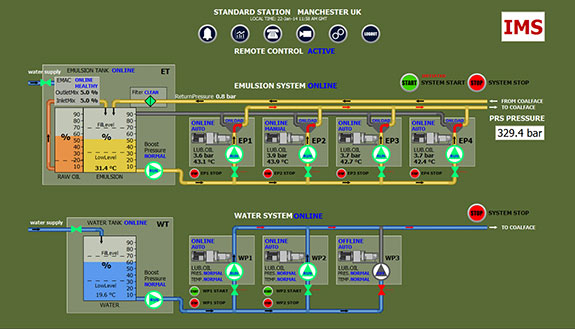 Figure 1. RMI has produced a robust and reliable control logic system, known as ODIN (on Demand INtelligence), which is capable of rapid response and close control of system pressure.

Once the safety aspects have been addressed, the next step is to concentrate on optimising the productivity of the mine, which is key to its continued operation. The process of automating many mining activities has required the use of a wide range of sensors, while the development of new systems is being aided by the introduction of new technology.

Ground penetrating radar or 3D laser scanning can be used to sense the thickness of the coal seam and help in guidance of a longwall mining system. To maximise the productivity of the mining operation, it is important to maintain the optimal roof and floor coal thickness to provide sufficient structural support, while minimising waste. If the remaining coal is too thick, a larger percentage of unrecoverable coal is left in the mine, while taking too much coal may increase the risk of a roof collapse. Furthermore, mining the surrounding hard rock instead of coal greatly increases the wear rate on the machinery and the potential for damage to the machinery.

The guidance systems help in solving the horizontal and lateral guidance issues associated with automated mining techniques, making them more accurate. By combining the material sensing and guidance systems with better communication systems, real-time transfer of information about the underground environment to the mining equipment can be achieved.

The practice of longwall mining has already introduced a large amount of automation into the mining process, as well as improving productivity and also reducing the number of personnel required to be underground. This method of mining uses a large number of hydraulic roof supports to protect the workforce, while the mining equipment moves slowly forward removing coal from a wide seam. Once the coal has been removed, the roof supports gradually move forward and allow the roof to collapse in a controlled manner.

These systems are powered by a series of high pressure pumping stations that need to be able to react to the changing demand for pressure and flow. This can mean that additional pumps are regularly starting and stopping, which can lead to higher energy consumption and therefore lower efficiency.The first step in addressing the variable demand is to ensure that all pumps are equipped with variable speed drives so they can be run at the most efficient level required to achieve the desired pressure and flow. This approach ensures that demand is met, while also providing a smooth change in pressure and reducing the stress and wear on the pump components.

However, variable speed drives can only react to the available information, which could be just a simple pressure sensor. The next step is to develop a series of sensors that feed into a central controller, which is capable of anticipating demand and therefore delivering pressure and flow as it is required with maximum efficiency.

RMI has produced a robust and reliable control logic system, On Demand Intelligence (ODIN), which is capable of rapid response and close control of system pressure. This sophisticated control technology enables the drive motors to run at their optimum speed and provide maximum output with minimal energy.

ODIN is available in three modes: Local, Remote and Prime. These modes can be arranged to provide the level of control appropriate to each application. In Local mode, the controller uses information provided by the pumping station itself to control the pressure and speed of the motor. This may be appropriate for smaller underground mining applications.

Remote mode uses additional pressure signals from equipment located away from the pumping station, such as the roof supports of a mine. This extra information allows the pumping station to be more responsive and efficient in providing hydraulic flow. 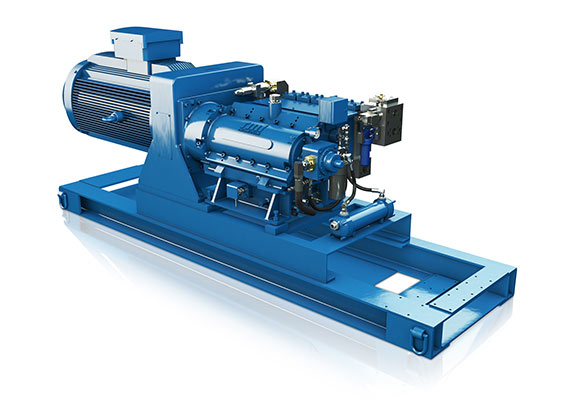 ODIN Prime is designed predominately for a longwall mining application and can interrogate the individual components of the system to allow changes in demand to be fulfilled in the most efficient manner. The control system regulates the speed of all the pumps in the system and matches the pressure and flow characteristics required by the shearer and the roof supports.

Taking pressure signals at the valve banks and digital information fed-back from the shearer electronics regarding both cutting speeds and linear travel, ODIN Prime calculates the anticipated roof support movements and the subsequent increased demand for hydraulic fluid from the pump station. Calculating the changes in demand before they occur allows the pumps to modulate in speed and thus change the flow and pressure, which enables the roof supports to operate in a more responsive manner.

ODIN stores all the key operating parameters, allowing for interrogation of the history traces, which enables the user to adjust the parameters and fine-tune the system for even better control. Linking these three major components together has enabled RMI to not only reduce the pump running cost – typically by approximately 55% – but also enabled mine operators to increase production.

The efficient operation of the roof support system directly affects the safety and productivity of the mine; any downtime on the system in such a difficult operating environment would be very counter-productive. In addition, the ability to integrate the various sensor signals with the wider mine control system provides further benefits to the overall operation.

Further improvements can be made with the use of wireless technology in combination with the existing cable monitoring system. This will allow for much improved technology to be deployed in the mine that will provide more accurate and more detailed information on the conditions underground. This increase in both the amount and the quality of the information can lead to greater efficiency and productivity within the mine.

Both current technology and that currently in development has the ability to greatly improve the safety and productivity of the coal mine but it must be deployed in such a way that it meets the stringent regulations for operating in potentially explosive atmospheres. Once this has been accomplished, it is also important that the various technologies can interact with one another to provide a more complete, overall view of the mine operation and those involved with it.