A large proportion of respondents foresee spending to be flat: 63% for ‘explosives, blasting materials and chemicals’; 60% for ‘maintenance services’; 58% for ‘equipment parts and components’; and 56% for ‘plant and heavy equipment’. The largest part of the stability is from regions producing particularly depressed commodities, for example the Polish coal industry.

Other regions such as Western Europe will also record stable or declining expenditure, due to their mining industries having developed with few low-cost deposits available.

There are distinct differences within the results when they are divided into commodity type. Commodities, which have seen downward trends in pricing over the last two years, have more negative responses compared with those where commodity prices are more steady or strong. For instance global thermal coal prices – Europe’s production of coal consists primarily of thermal coal – have decreased since 2011. With a continual downward trend in prices, it is likely coal mines will encounter the least investment in expenditure, as prices are below an investment-inducing level.

Dissimilarly, respondents from precious and base metal mines were more inclined to expect an increase in expenditure over 2015. Despite prices for metals such as copper, lead and gold, having fallen, they have been considered more stable over the last two years.

Read the article online at: https://www.worldcoal.com/mining/30042015/majority-of-miners-in-europe-expect-expenditure-to-be-level-2223/

Nine miners have been rescued following a mine collapse in Turkey’s northern Zonguldak province.

The changing political landscape in Europe could have a significant influence on carbon market policy-making.

A sluggish economy has caused European carbon emissions to drop 3.1%, according to Thomson Reuters Point Carbon. 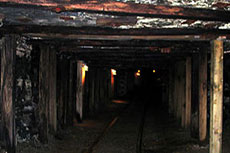 Rescue efforts are underway to free 32 workers who have been trapped following a coal mine explosion in northern Turkey.