Under the plan approved by the Federal Mine Safety and Health Administration (MSHA) Foresight Energy has resumed longwall mining operations at its Deer Run Mine in Pennsylvania. These operations will continue over several days until it reaches a location where the longwall can be safely recovered and relocated to a new longwall district.

The company is working with regulatory agencies to complete this longwall move and to eventually resume normal longwall mining operations at the Deer Run Mine.

Read the article online at: https://www.worldcoal.com/mining/29072015/operations-resume-at-deer-run-mine-2645/

According to the latest report from the US Energy Information Agency, coal production in the US rose sharply for the week ending 18 July in comparison with the previous week. However production continues to fall short of last year. 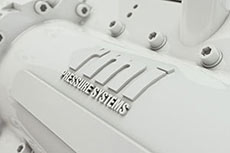