Chinese coal production levels have fallen for the first time since 2000 as the country has increased its efforts to reduce its use of fossil fuels and switch to cleaner energy sources, Xinhua has reported.

According to the latest data from the China National Coal Association (CNCA), China produced 3.5 billion t of coal in the first 11 months of 2014, 2.1% less compared to the corresponding period in 2013. Overall, the CNCA expects coal production to be down 2.5% for the year.

Sluggish coal demand, overcapacity and a large import volume were to blame for the drop, said Jiang Zhimin, Vice President of the CNCA, trends that would continue into 2015 as China enters a “new normal” of stricter environmental regulations and increases in the use of cleaner energy.

The news will come as a further blow to the Chinese coal industry, which has been under severe pressure from falling coal prices, which have left over 70% of coal mining companies in the red. Last month, Fitch Ratings said that Chinese coal companies would continue to be pressured by low prices despite government efforts to halt the slide with the introduction of import tariffs and a ban on domestic production and import of low-quality coal.

“A meaningful upswing in coal prices is unlikely in the next 12 months,” the ratings agency said. “Substantial capacity investments in previous boom years are still being digested, while demand has been weakened due to industrial deceleration. In addition, the government aims to increase the production of renewable energy at the expense of the share of coal-fired power over the longer term, which means that the thermal coal consumption growth rate is set to decline.” 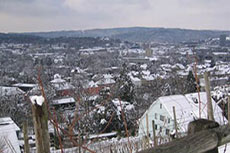 At the World Economic Forum in Davos, Chinese Premier Li Keqiang said China will look to cut use of coal, while also promoting clean coal technologies

Tim Buckley, writing for the Institute of Energy Economics and Financial Analysis, argues that China’s declining dependence on coal is evident in the data.