Arch Coal, Inc. has announced that Mountain Coal Company’s West Elk mine employees have been honoured with Colorado’s top coal mine safety award and two state environmental awards at the 117th annual National Western mining Conference and Exhibition in Denver.

John W. Eaves, Arch’s President and Chief Executive Officer, commented: “Trough the dedication of its employees, West Elk continues to stand out among peers in safety and environmental performance. I am extremely proud of their achievements and challenge them to build upon their record of excellence and to strive for continuous improvement in the future”.

In addition, West Elk was recognised by the Colorado Division of Reclamation, Mining and Safety (CDRMS) for outstanding reclamation and the successful stabilisation and remediation of a large negative landslide area. The close proximity of this area to State Highway 133 underscored the importance of the work.

The CDRMS also recognised the mine with an Environmental Stewardship-Pollution Prevention Senior Participant Award with special recognition. West Elk again achieved its goals of remaining a zero water discharge facility by recycling water used during the mining process. West Elk also recycled more than 761 000 lbs of metal materials and continues to minimise the creation of waste rock by effectively utilising its coal preparation facility. 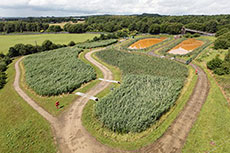 The Coal Authority has made two new multi-million pound awards to protect the nation’s environment from polluted water from disused coal and metal mines. 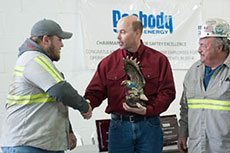 Arch Coal has picked up nine state awards for safety and environmental excellence at the annual West Virginia Mining Symposium.