Supporting the delivery of ever-increasing export coal tonnages for Queensland miners, Aurizon have made an US$180 million investment in 40 high-tech track machines and specialised wagons made by Australia's largest rail freight operator.

These machines maintain the rail sleepers and rock ballast across the 2670 kilometres of rail track for 25 000 train services per year, that weigh on average 9000 t per train.

Aurizon also recognised the traditional land it operates on after unveiling one of the machines emblazoned with Indigenous artwork and the name 'Banga Yulgabari Gudyara' meaning 'scrub, track-path-road, sea.'

Central Queensland's Barada Barna people provided the artwork and suggested the name for the new piece of machinery.

Read the article online at: https://www.worldcoal.com/mining/22052015/aurizon-invests-million-queensland-2317/ 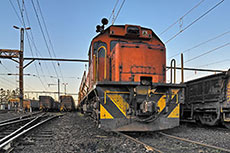 Despite a continued slump in coal prices, Australian freight operator Aurizon increased the amount of coal it hauled. 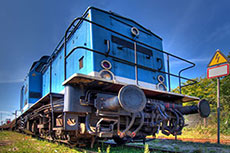 Australian rail freight company Aurizon has raised its guidance for its coal haulage volume for the fiscal year 2013-14.