Beacon Hill Resources has announced an update on rail logistics at the company’s Minas Moatize coal mine located in the Tete province, Mozambique.

The first train for the rail line has been delivered and was used as a test locomotive to trial the coal loading facility in Tete. The train collected 2600 t of coal and loaded the maiden cargo from the facility.

Mac van der Merwe, Rail Operations manager for Beacon Hill, said that the test locomotive carried 42 wagons and that the exercise was carried out in conjunction with Beacon Hill’s joint venture partner JPSL. “This commissioning is a major milestone for the company while we wait for the delivery of our own rolling stock,” van der Merve said.

A further five new 2240 kW diesel locomotives are on track to be completed by the end of November 2013 at RRLGrindrod’s workshop, Beacon Hill said. The company recently visited the workshop to inspect the rolling stock being manufactured.

Once these five locomotives have been completed and delivered to the mine, 90 Transnet Engineering rail wagons will be delivered, with expected arrival currently the end of January 2014 in the port of Beira.

Beacon Hill plans to install on-board computers to the train fleet. The computers will allow the fleet to immediately go on rail and communicate with the train operations in Beira. The train drivers, crews and support personnel required for the running of the trains have been trained by RRLGrindod and completed the CFM accreditation process during August 2013.

Karstel said that Beacon Hill’s current focus for Minas Moatize was to develop the mine into a Tier 1 metallurgical coal asset, and that the progress being made at the railway represented an important milestone towards this goal. “We look forward to updating the market regarding both our logistics and wash plant upgrades in the coming months,” Karstel said.

In its recent Global Natural Resources Daily release, analysts at Investec said of the Beacon Hill update: “In terms of logistics, all the pieces are now coming together for BHR and this should have a positive impact on the company’s costs.”

Read the article online at: https://www.worldcoal.com/mining/20112013/progress_made_on_coal_railway_in_mozambique_277/

The Board of Directors of Sandvik has decided to withdraw the previous dividend proposal and instead propose that the Annual General Meeting on 28 April resolve that no dividend will be paid. 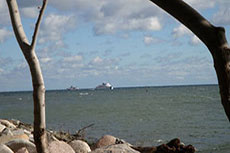