Indian metal and cement companies have bid aggressively for coal blocks in the country’s first auction to sell mines, as the country looks to reduce dependence on government-run Coal India Ltd.

The auction follows a court cancellation of all previous licenses and the initial bidding suggests companies are keen to secure supplies as the economy improves.

Companies are allowed to bid for enough coal to fuel a 50% expansion of their current capacity.

Most of the winning bids have so far been higher than analysts’ expectations based on benchmark price of Coal India. OCL, for example, will pay 2302 rupees (US$37)/t, 50% more than Coal India’s average price for the grade available in the mine OCL has won.

The Coal Ministry has so far auctioned 13 blocks in the first phase of 18 blocks until 22 February. The second round of auctions, from 25 February – 5 March for 43 blocks is anticipated to be more sedate, as more aggressive bidders should have obtained mines by this time.

The coalbed methane industry in India could be opened up to private firms other than Coal India Ltd, according to the country’s Oil Ministry.

The Indian government has begun the process of reallocating the cancelled coal blocks – and opened the door to the private sector in the process. 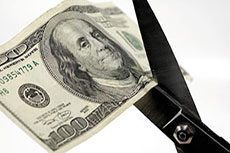