The German association of mining equipment manufacturers, part of the German Engineering Association (VDMA), is to be known as VDMA Mining, after members decided to drop the term “Bergbau” (coal mining) from the association’s title.

“The manufacturers have adopted this new name both to reflect the industry’s international outlook and in response to the public’s negative perception of the German term “Bergbau”, which does not enjoy a very positive image in the country,” the VDMA said in a press release.

VDMA Mining, which represents 135 companies, also elected Dr Michael Shulte Strathaus as chairman of the association to replace Dr Paul Rheinländer, who had held the position for the past six years.

Dr Schulte Strathaus is the managing director of Schulte Strathaus, Cyrus Schwingtechnik and Cyrus Vibration Machines India. He is also a member of the North Rhine-Westphalia Economic Council.

The new chairman “expects the current lukewarm business climate to revive for German manufacturers in 2015,” the VDMA press release said, noting that “while falling oil prices have certainly led to a reduction in operating costs in mine, this is offset by the sometimes massive decrease in raw material prices and overproduction.”

The German mining equipment industry was worth about €3.3 billion in 2014 – its lowest level since 2008.

Read the article online at: https://www.worldcoal.com/mining/20012015/german-mining-equipment-association-chooses-new-name-coal1764/ 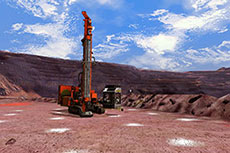 According to a recent survey of over 100 African mine managers, the majority expect to increase expenditure, particularly in plant and heavy equipment, in the next 12 months. 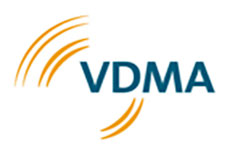 VDMA has found proof of spying in the German mining equipment industry.