At the turn of July and August, four new longwalls were launched in Jastrzebska Spólka Weglowa’s (JSW) mines, providing access to 2.6 million t of high quality metallurgical coal. The launch of the longwalls will significantly contribute to an increase in the mining production of the entire JSW. 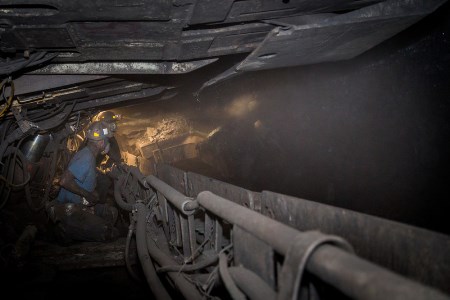 The biggest longwall was launched in the Knurów-Szczyglowice mine, Knurów Section, in seam 504. The longwall comprises nearly 1.7 million t of high quality metallurgical coal. The longwall has a strike of about 1800 m and is over 200 m long. The average longwall thickness (height) is 3 m.

Longwalls with a strike exceeding 1.5 km in Jastrzebska Spólka Weglowa are a rarity. Now we will have more and more such giant longwalls, which, for us, is a guarantee of stable production and significant improvement of efficiency and performance – says Tomasz Sledz, JSW Vice-President for Technical Matters.

The next longwalls were launched in the Szczyglowice and Zofiówka Sections and in the Budryk mine. In the Szczyglowice Section, the expected production from longwall no. 21 until the end of February 2020 will reach nearly 700 000 t of metallurgical coal. The Zofiówka Section launched longwall E6, where the metallurgical coal resources are estimated at more than 400 000 t. The Budryk mine, in turn, launched production from longwall B-12 with resources estimated at 800 000 t.

Currently, JSW mines operate 25 longwalls. From the beginning of the year, the production from the company’s mines has been constantly increasing. In the first quarter, 3.48 million t and in the second quarter 3.53 million t were mined, which is consistent with the plan adopted by the company. The execution of the heading works is more than 2 km higher than in the corresponding period of 2018.

Read the article online at: https://www.worldcoal.com/mining/15082019/jsw-launches-new-longwalls/