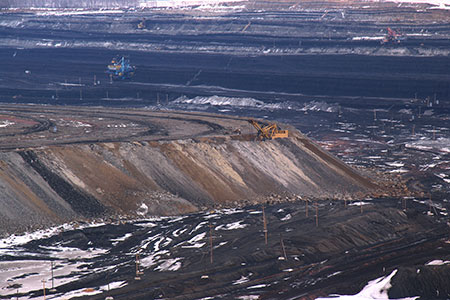 Ramaco Resources, Inc. announces updated mining information for its Berwind mine and commitments for the sale of metallurgical coal to domestic customers for 2019.

The company previously announced that it had encountered a sandstone intrusion in the Berwind mine, which required the company to explore relocating its original mining route in the Pocahontas #3 seam to reach the more prolific Pocahontas #4 seam. After new exploratory drilling at the Berwind mine, the company has further defined the extent of the sandstone formation and has implemented an alternative mine plan to mine around it and ramp up into the Pocahontas #4 seam. It will now continue to mine in an alternate path through the Pocahontas #3 seam at an expected annualised rate of approximately 200 000 tpy. These developmental tonnes are expected to be sold at current pricing levels into the low volatile metallurgical market. The company now estimates that it will reach the thicker Pocahontas #4 seam low volatile reserve in the second quarter of 2020, as opposed to the third quarter of 2019. When reached then, the level of production anticipated from both the Pocahontas #3 and #4 reserves remains as originally forecast at approximately 800 000 tpy.

The Berwind coal reserve consists of 31 200 acres of controlled mineral and approximately 72 million clean recoverable tonnes of proven and probable reserves located on the border of West Virginia and Virginia, in McDowell County, West Virginia and Buchanan and Tazewell Counties, Virginia.

The company has now entered into new commitments for the sale and delivery in calendar 2019 of approximately 1 240 000 t of various qualities of metallurgical coal to domestic customers. These commitments are subject to customary final documentation and approvals and are subject to change. The average price of these sales is approximately US$113/t FOB mine, which compares to the company’s 2018 average sales price to domestic customers of US$79/t FOB mine, an increase of roughly 43% year over year. The Company also contracted earlier this year with various export customers for the sale of an additional 200 000 t of metallurgical coal for delivery in the first half of 2019, at prices set against various index prices.

Read the article online at: https://www.worldcoal.com/mining/12092018/ramaco-issues-mining-update/