Weekly production at US coal mines totaled 17.1 million short t, according to the US Energy Information Administration’s weekly production estimate for the week ending 28 February, 3.5% higher than last week but 13.7% lower than the same period in 2014.

Total production for the year to date stands at 156.7 million short t – 1% lower than at the same point last year. 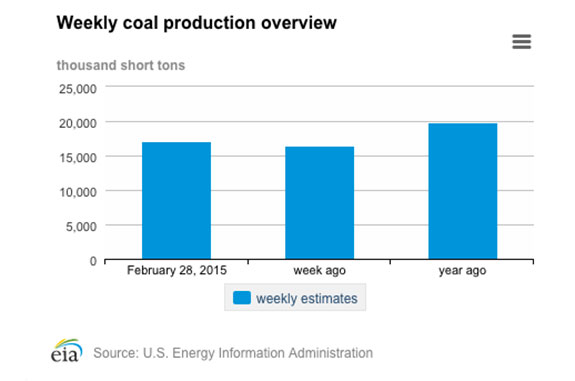