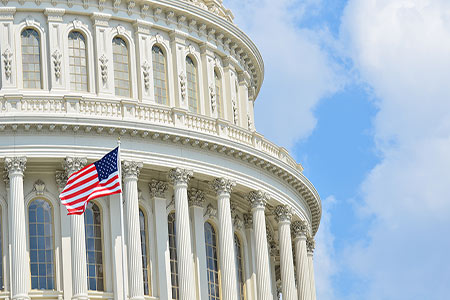 As the president prepares to deliver his second State of the Union address, US voters want to see government action on a number of issues key to the mining industry – from encouraging domestic mining to prioritising investment in advanced coal technologies – according to polling conducted by Morning Consult for the National Mining Association (NMA).

“This administration has done a great deal to reexamine the regulatory landscape, identify areas of past overreach and rebalance the government’s approach to regulation,” said Hal Quinn, President and CEO of NMA. “When government uses regulation properly, rather than punitively, responsible mining, environmental protection and economic development can advance simultaneously. That said, key actions remain to cut the red tape American industry continues to encounter, to safeguard affordable and reliable energy, and to encourage innovation that will benefit all Americans.”

Despite being home to massive minerals reserves, the United States imports many of the materials required for its national defence and manufacturing sectors, and import dependence is increasing each year. Cumbersome permitting processes mean it takes seven to 10 years to get a mining permit in the US, compared with two to three years in countries with comparable environmental standards.

63% of Americans believe the US should be doing more to encourage the use of domestically mined minerals and decrease reliance on foreign imported minerals (just 14% oppose, and 23% did not answer).

Particularly relevant following a week in which much of the US dealt with subzero temperatures and customers in the Midwest were asked to turn their thermostats down to avoid widespread outages due to a natural gas supply disruption, 81% of Americans believe it is important to maintain America’s diverse energy mix – including coal – to preserve the reliability and affordability of electricity in the US.

67% of voters also believe the US should be prioritising investment in high efficiency, low emissions coal plants – plants that use advanced coal technologies to significantly reduce emissions.

The polling was conducted by Morning Consult from 7 - 9 January 2019, among a national sample of 2059 adults with a margin of error of +/- 2 percentage points.

Read the article online at: https://www.worldcoal.com/mining/06022019/us-voters-support-governmental-action-on-key-mining-priorities/