During its investor seminar in Sydney, mining company Rio Tinto said it would outline what it is doing to capitalize on long-term industry fundamentals.

The company was pleased to report to shareholders that a US$ 1.8 billion improvement had been delivered in terms of operating cash costs in the ten months to October 2013, with the company on track to deliver the US$ 2 billion for the FY.

The company announced a headcount reduction of 3800 across the Rio Tinto group since 2012. These job losses were offset by the addition of 1800 new roles to support the company’s iron ore expansions.

“We are improving productivity, setting new production records in many of our key businesses and bringing our Oyu Tolgoi and Pilbara 290 million tpa expansion growth projects online within budget and on time,” Walsh continued.

The company announced “breakthrough” low capital expenditure, with an overall capex saving of more than US$ 3 billion. “Our capex is reducing, and will come down further, to around US$ 11 billion next year,” Walsh said.

Remarking on the current market outlook for the company, Walsh said that it was clear to see the effects of austerity measures implemented by private companies and governments around the world.

“From where I stand, we continue to see market fragility and volatility. The impacts of decisions like quantitative easing and austerity programmes are still washing through the markets around the world.”

As economist Paul Krugman has explained, implementing austerity measures during a recession, such as the one in which the coal industry currently finds itself, can lead to a so called paradox of thrift, which tends to worsen the effects of a depressed market. Across any economy, one person’s spending is another person’s income. If everyone is trying to reduce their spending, the economy can be trapped in a cyclical pattern of cutting costs.

However, despite the perceived weaknesses in the market that Walsh detailed, he said during the seminar that he remained hopeful the mining industry would soon see modest recovery. “Despite this [market] uncertainty […] we are well on the way to transforming Rio Tinto into [one of[ the highest performer[s] in the sector,” Walsh said.

Walsh said that in China, the decisions from the government’s Third Pienary Session last month reflected an ambitious yet pragmatic approach to continued reform. According to Walsh, this seems to reduce the likelihood of a sudden downturn.

“Over the longer term […] China’s urbanisation will continue and the development of other economies as they continue to grow at pace, such as India, Vietnam, Indonesia, the Philippines, the Middle East, the former Soviet Union, South America and Africa, will also contribute to ongoing demand,” Walsh assured shareholders.

Read the article online at: https://www.worldcoal.com/mining/03122013/rio_tinto_bullish_on_market_outlook_313/ 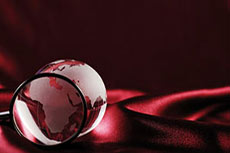 China coal firms will set up their own bank, which will finance coal projects. 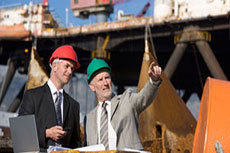