Electric output data was not updated this week.

According to the West Virginia Office of Miners’ Health, Safety and Training, coal production in the state for 2015 (reported through 21 May 2015) stands at 34.18 million short t year-to-date, with 27.40 million short t produced underground and 6.78 million short t produced through surface operations. The number of mines reporting production increased by one to 126. The number of mines reporting production is subject to change as additional reports are submitted. The number of active miners working, however, decreased, coming in at 15 465 compared to 15 512 last week. Underground operations had 12 576 direct mining employees, while surface operations fell to 2 889 employees. These numbers are also expected to change with additional reports.

Natural gas prices on the Henry Hub finished the week up 11 cents to US$2.99/million Btu. Natural gas producers again reported a significant increase in their stored reserves – up 112 billion ft3 compared to the previous week, for a total of 2.1 trillion ft3 in storage. This week’s working natural gas rotary rig count remained at 885, down from 1860 a year ago. This number includes rigs working in both oil and gas plays.

Read the article online at: https://www.worldcoal.com/mining/02062015/us-coal-production-continued-to-decline-for-week-ending-23-may-2351/

An influx of natural gas and renewables generation capacity is raising news challenges for the US power industry.

US coal production has declined for the week ending 15 May 2015, according to the latest report from the US EIA and the National Mining Association. 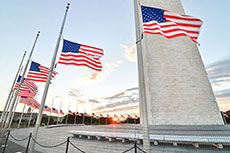 According to the latest figures from the US Energy Information Agency and the National Mining Association, US coal production has declined