Eight operating affiliates of Alpha have notified their employees that the coal mines and other facilities where they work are subject to being idled due to sustained weak market conditions and government regulations that have challenged the entire Central Appalachian mining industry.

In accordance with requirements of the Worker Adjustment and Retraining Notification (WARN) Act, notice has been given today to approximately 1100 employees at 11 Alpha affiliated surface mines in West Virginia, as well as preparation plants and other support operations, advising them of the expected idling of those facilities based on Alpha's current assessment of market conditions.

The operations affected are:

While no reductions in force are occurring immediately at these sites, they are currently planned to take place by mid-October.

These actions are being triggered by persistent weakness in US and overseas coal demand and depressed price levels, along with government regulations that are causing electric utilities to close coal-fired power plants and forego new construction. Excess supply of coal worldwide also has contributed to falling coal prices. The international price of coal shipped to power plants in Europe has been hovering at a four-year low, while prices for metallurgical coal used to make steel have declined more than 20% in less than a year, reflective of oversupplied markets.

Alpha's President Paul Vining said: "Many mines in the region have done a great job finding ways to reduce costs and remain economically viable in this unprecedented business climate, but some Central Appalachia mines haven't been able to keep up with the fast pace at which coal demand has eroded and prices have fallen. So, our operations managers have to take a hard and serious examination whether they can sustain a number of mines and related operations by finding additional cost reductions and whether the business will be there to support them in the year ahead.

"Over the next two months they will continue to run forecasts for expected customer commitments for next year, along with anticipated pricing, and a determination will be made whether the overall economics make sense given the cost structures at these operations and the business we expect to secure."

The mines receiving today's WARN notifications produced 4.2 million tons of thermal and metallurgical coal through the first half of this year. Vining said that both domestic shipments and shipments to Europe from Central Appalachia are expected to be cut back significantly, though it was too early to project exactly how much annualised production might be taken offline due to the announcement.

Vining added: "These actions are consistent with steps that we've taken in the past to build a smaller but more sustainable portfolio of mining assets across our three coal-producing basins. Altogether we've idled about 35 million tons of coal production in just three years, primarily operations with the highest cash costs. The result has been an improved cost structure, which bolsters our competitiveness in the face of challenging market conditions.

"Our company has faced challenges in the last several years, but this is the most difficult part of the job. Coal miners are some of the hardest working, most dedicated people in America. This country would not be where it is today without them. As difficult as these decisions have been, they're essential for our organisation in a business environment that's undergone an enormous and fundamental transformation."

Read the article online at: https://www.worldcoal.com/mining/01082014/alpha-to-idle-west-virginian-mining-operations-1156/ 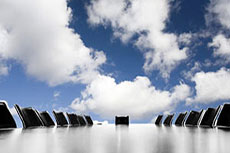 Alpha Natural Resources has recorded a fourth quarter 2013 net loss of US$ 359 million.

Alpha Natural Resources has announced the establishment of the Alpha Foundation for the Improvement of Mine Safety and Health Inc. The Alpha Foundation is a non-profit organisation whose mission is to improve mine health and safety through funding projects by qualified academic institutions, not-for-profit entities and individuals associated with those entities.