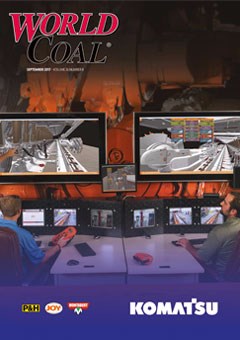 The sun made a (brief) disappearance last week in the US’s first coast to coast total solar eclipse in nearly 100 years. With a global news coverage, much attention was designated to the 2017 solar eclipse with millions of Americans stepping outside and gazing upward to catch a glimpse of the moon engulfing the sun. But, what is less publicised (in relation to the sun) is the growing use of the sun for energy – particularly in China.

China – better known for its coal – is now the world’s largest renewable energy investor. The country has been embracing clean energy and recently has made headway in the development of renewable energy projects. Last year, China made major foreign investment into renewables, with Chinese company investment in, for example, an offshore wind farm in Germany and a solar power project in Egypt. Most recently, a new floating solar farm, constructed on a former coal mine, has come online in the city of Huainan, in China’s eastern Anhui province. Manufactured by Sungrow Power Supply, it is the world’s largest floating solar farm and has the potential to generate 40 MW of power, enough to power a small town.

Floating solar farms can be very beneficial for a number of reasons: as well as taking up less land, the panels can work more efficiently on water compared to land as the water helps to keep the surface of the panels cool.

This solar plant development probably doesn’t come as a surprise to many: China has more solar capacity than any other country. And it continues to make major investments in renewable energy and technology – both domestically and globally. At the start of this year, China announced it would invest US$301 billion in renewable energy by 2020, and transition away from coal fired power. The new floating solar farm is part of this strategy: at the rate the country is investing, it may not be the world’s largest for very long. But don’t be alarmed; despite this investment into alternatives, coal will remain the cornerstone of the Chinese – and wider Asian – economy for many years. According to BMI Research’s Q3 2017 China Power Report:

“Coal will remain the dominant fuel source for power generation in the region, as governments and project developers in Asia capitalise on the widespread availability and relative low cost of coal. We are seeing project pipelines for coal-fired power capacity increase across a number of countries, including Thailand, Indonesia, Pakistan and the Philippines. While we expect some of the planned projects to be stalled on environmental grounds, coal will remain the largest single power source for the Asian power market.”

While the coal power industry is competing with renewables, the coal mining industry could benefit from renewable power. In this issue of World Coal starting on p. 42, Dr Thomas Hillig outlines the potential for renewables as alternative energy supplies at mine sites. With falling costs in renewables – as well as a smaller environmental footprint – making solar and wind more attractive energy alternatives, a number of mines are beginning to integrate renewables as part of their energy source. Dr Hillig discusses how Swedish company Ripasso Energy’s hybrid solution, the Ripasso Stirling Hybrid, can help achieve onsite baseload power, through combining concentrated solar power and fuel.

Investment into renewables seems likely to continue, particularly with ambitious investment targets from China; but will renewables sink or swim in the mining industry?