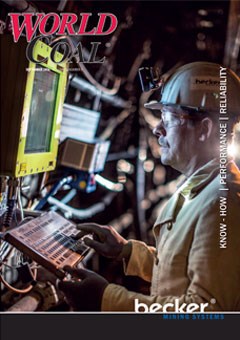 Going on the most recent results from the major mining houses, mining CEOs have developed a small obsession with trucks – and, more particularly, how efficiently their companies are using them. The heads of BHP Billiton, Anglo American and Rio Tinto all mentioned them in investor presentations. But what lies behind this fixation? James Wilson of the Financial Times offered this explanation: “The captains of a sector that was ablaze with deal-making at the height of the commodities boom […] have firmly turned away from grandiose ambitions. In today’s mining environment […] mining companies’ leaders are determined to show they can sweat the small stuff – or in the case of haul trucks, the large stuff.”

Indeed, according to one analyst, mining company shareholders now consider ambition to be a bad thing after the empire building of past mining CEOs led to an inheritance of huge writedowns and a steady erosion of shareholder value. The US coal industry is a case in point par excellence: with the bankruptcy of Peabody Energy, Alpha Natural Resources and Arch Coal – all on the back of huge debts wracked up on peak-of-the-cycle acquisitions – shareholders have suffered huge losses.

Hence the current obsession with the nuts and bolts of mining operations. Take this example from Andrew Mackenzie, CEO of the world’s biggest miner, BHP Billiton: “It was very gratifying for me to observe the much greater exchange of our best-in-class scheduling and maintenance practices. This is why we have been able to increase our average truck production hours right [across] the fleet and [at] our coal assets [...] by 7.5%. That is an additional month of operation per truck, per year, with more to come.”

Meanwhile, Anglo American’s Cutifani bemoaned the fact that “we’re only getting 4000 hours out of a truck across our organisation. We need to be getting better than 6000 hours.”

As mining CEO’s seek to demonstrate their commitment to digging up value amid the grease and grime of their mining trucks, shovels, continuous miners and preparation plants, providers of equipment and technology to the sector are stepping up with solutions. Jason Knuth of Joy Global neatly summarises this mindset in his article in this issue, ‘Data Driven Savings’: “What if the same amount of material could be mined in two shifts instead of three, simply by reducing avoidable delays?” Knuth asks, echoing the mining CEOs quoted above, before providing the answer: “This is possible through monitoring and informed decision making.”

Indeed, data-driven mining is now very much upon us and is a topic that is sure to feature heavily at MINExpo International 2016 this month in Las Vegas. While the big equipment (including many mining trucks) is the traditional highlight of the show and will still dominate the Central Hall of the Las Vegas Convention Center, heavy equipment is now only half the story. As Denise Johnson, Resource Industries President at Caterpillar and Chair of MINExpo 2016, recently concluded: “the step-change results our customers need don’t rely solely on the machines. In the ‘age of smart iron’, it’s technology, data and automation that will be the game-changer.”