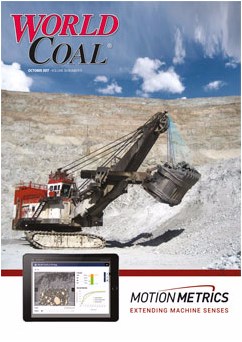 As the leaves change colour and the days get shorter here in the UK, Autumn (or Fall for our North American readers) is upon us.

Looking back on September and the last of Summer, it has been quite the rollercoaster, as unexpected news filled headlines. Following shortly after Hurricane Irma, Hurricane Maria was the second Category 5 hurricane to hit land in this year’s Atlantic hurricane season, leaving a wake of destruction and devastation across the Northeastern Caribbean. German Chancellor Angela Merkel had a hollow victory in the German general election, securing a fourth term but losing seats and now prepares for difficult coalition talks. Despite Theresa May’s efforts to reassure the British public, Brexit negotiations appear to go round in circles; and a war of words over nuclear weapons between “rocket man” Kim Jong-un and “dotard” Donald Trump continues.

Among this uncertainty, recent actions and announcements are pointing to potentially major changes in the coal industry. Following the recent general election in Germany, coal’s position as the largest power producer in the country could be at risk if the Green party forms part of the next coalition government – which is more than likely – as this party is aiming for the phase out of coal in Germany. The UK is also taking further steps away from coal; this month, Theresa May reaffirmed plans to phase out coal in the UK by 2025. During her visit to Canada, the UK Prime Minister and Canadian Prime Minster Justin Trudeau made a joint announcement affirming the two nations will work together to support and encourage a global move away from coal reliance and work together to support clean technology.

But across the border in the US, a life line has been extended to US coal power. US Energy Secretary Rick Perry submitted a formal proposal to the Federal Energy Regulatory Commission (FERC) to consider a new grid resiliency rule that would change the way power markets price electricity. He called for more support and subsidies for coal and nuclear power plants that are readily available to generate power and contribute to power grid reliability, so they can avoid near-term closure (due to high competition from cheaper alternatives) and stay open in case they are needed as back-up power.

In addition to this, Perry also announced approximately US$36 million in federally-funded financial assistance to advance carbon capture technologies. Under the Department of Energy’s Office of Fossil Energy, the Design and Testing of Advanced Carbon Capture Technologies funding opportunity announcement will support cost-shared R&D projects that will continue the development of carbon capture technologies to either the engineering scale or to a commercial design.

So what does October have in store? As 2017 comes to an end, predictions for next year will emerge and overviews of the past year will be made. Keep up to date on www.worldcoal.com to read daily news on the global coal industry. In store in our October issue, innovative technology developments are highlighted. Automation and digitalisation in underground mines is making major steps forward for both safety and productivity, as articles from both RCT and Komatsu (pages 17 and 21) will attest. Above ground, discussions of surface miner applications, ways to maximise efficiency in the logistics supply chain, the importance of safe and environmentally friendly coal storage, as well as coal sampling and testing application reports, are discussed.

This month’s regional report focuses on China: Sabrin Chowdhury from BMI Research details the current trends in Chinese coal production and, while coal will remain the country’s main energy source over the coming years, it may continue to see tougher competition from renewables.