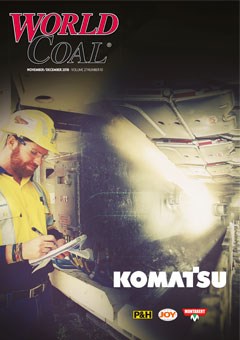 Winter is coming. And no, I don’t mean the final season of Game of Thrones. It’s that time of year where we dust off the thermostat and whack up the heating, with the coal industry seeing more action than normal. So much so that, despite the UK’s attempts at phasing out coal-fired power plants by 2025, it’s on track to burn the fossil fuel this season as a means of keeping up with the higher demand.1

Elsewhere, Europe will also be reliant on coal power this winter following rising EU gas prices, with some regions seeing the ‘coal-to-gas switch’ starting to reverse.

In light of the global push towards reducing carbon emissions from coal plants, Germany will be implementing strategies to mitigate pollution. Swedish power company, Vattenfall, is reportedly providing its services to help reduce CO2 emissions in coal plants across Germany. Many of which are combined heat and power (CHP) plants, whereby electricity and heat are generated in an environmentally-friendly, simultaneous process. Electricity is fed into the district grid; hot water is pumped via underground networks to individual customers.

During the 2017/18 winter, Beijing implemented a switch from coal to natural gas; coal was banned from heating boilers for household energy in many areas of the country. The reason? It was part of an anti-pollution campaign, which saw rural northern China switch to the cleaner alternative. This consequently sent gas prices soaring due to higher demand, and left thousands of households without heat. It didn’t take long for the policy to be revoked.

The Beijing-Tianjin-Hebei region has the highest levels of air pollution in China. Last year, Beijing’s PM2.5 concentrations averaged 121.96 µg/m3 of air, in comparison to the 2016 average of 72.48. Note that the World Health Organisation’s air quality guidelines stipulate that the PM2.5 limit doesn’t exceed an annual mean of 10 µg/m3.

Yet, in late October, a new report summarised that controlling formaldehyde emissions during China’s wintertime could help improve the country’s northeastern cities more than the reduction of sulfur dioxide (SO2) from coal-fired power plants.

Jonathan M. Moch, first author of the report and graduate student at the Harvard John A. Paulson School of Engineering and Applied Sciences, explained: “We show that policies aimed at reducing formaldehyde emissions may be much more effective at reducing extreme wintertime haze than policies aimed at reducing only SO2. Our research points towards ways that can more quickly clean up air pollution. It could help save millions of lives and guide billions of dollars of investment in air pollution reductions.”

Prior to this finding, however, there have been various clean coal and emission reduction initiatives implemented throughout the country. For instance, The World Bank lent a hand with combatting air pollution in China’s northeast by supporting the installation of two heat recovery units, plus a 21 km heat pipeline to Huairen. Now, instead of the waste heat being released into the atmosphere, it’s captured to be reused in residential heating. Consequently, 10 small coal boilers have been decommissioned, thus reducing CO2 emissions by 420 000 t and SO2 by more than 13 100 tpy.

In the same vein, coal gasification is being used to provide cleaner energy and products.

In April, The University of Nottingham Ningbo China (UNNC) revealed it was helping develop technologies for gasifying coal, as a way of producing clean and efficient energy. UNNC’s findings will assist in the construction of a coal gasification unit in Shandong, in eastern China. This will process the coal cleanly, and be able to convert up to 4000 tpd into syngas.

Zhu Yuying, Vice General Manager of the Changzheng Engineering Co., Ltd., also vouches for this technology. She explained: “Because of our special technologies, the gas, liquid and solid emissions of the coal gasification can be properly treated and recycled, making the gasification process clean and environmentally-friendly.”

For other mitigation strategies, take a look at GE’s Steam Power’s article on p.43, where the company discusses its ultra-supercritical technology that helps coal-fired power plants (particularly in China) significantly reduce their carbon emissions.