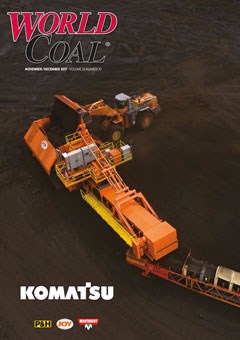 It has been over a year now since Donald Trump officially won the 2016 US presidential election. He made many contentious promises along his campaign trail; a crucial vow being to end ‘the war on coal’. So, a year on from the dramatic and highly contested 2016 US election, what impact has President Trump had on the US coal industry?

This year – to much controversy – we have seen some hefty decisions made in favour of coal: Trump repealed Obama’s Clean Power Plan; removed limits on dumping coal waste into streams; ended a moratorium on coal leasing on federal lands; and withdrew from the Paris Agreement. Additionally, the Trump administration has recently proposed a new rule to FERC on subsidising coal-fired power plants. All this is a clear indication of regulatory support for the US coal industry.

Over the past year, it would seem coal mining is on the rise; the EIA has indicated that US coal production has increased. Production for the first 10 months of 2017 is estimated to have been 656 million short t, 59 million short t (10%) higher than production for the same period in 2016.1 In an email correspondence, Taylor Kuykendall, a coal reporter for S&P Global Market Intelligence, indicated to me that considering the US market hit an all-time low in coal production towards the beginning of 2016, the recent uptick in US coal production is only of a modest growth. The increase is largely connected to typical, cyclical market trends – rather than a direct consequence of policy initiatives.

He noted global pricing has improved leading to increased exports, which has boosted the broader market even as US coal consumption has not seen significant changes in recent months. “One could say this was somewhat convenient timing for the Trump administration, but we also saw production figures begin to climb in the back half of 2016.” Kuykendall noted the market rebound coincided with many coal companies completing their bankruptcy reorganisation process after a wave of filings from most major US coal producers. So now, “companies have leaner balance sheets and face a tamer market in the wake of improved global market dynamics as well as some supply discipline,” he indicated that this could be the reason for much optimism from coal companies on the financial side these days.

But looking at US coal power over the past year, coal’s share in the power mix has shrunk as US utilities continue to shutter coal-fired power plants. Despite all of Trump’s rhetoric about bringing back coal, utility companies are closing ageing plants and, instead of opening new coal plants, are turning to cheaper alternatives as replacements – natural gas, renewables and hydro-power. Take Duke Energy – one of the US’ key utilities – for example. It has shut down multiple coal-fired plants and plans to focus on and invest more into natural gas and renewables.

So while Trump has shown commitment to easing off regulatory constraints on coal, the US coal industry hasn’t quite had such a dramatic revival – largely due to factors beyond the administration’s control. Kuykendall said the general consensus is that the market will continue to determine the direction of future coal production in the next few months and years. The US sector has to contend with factors such as competing in the global coal market, alterations and variations to supply and demand of international markets (such as that seen with the impact of Cyclone Debbie in Australia), global pricing, and cheaper competitors. As Kuykendall noted, analysts are looking closer at “the weather than the White House when it comes to coal’s immediate future.”

But it has only been 12 months of work, what lies ahead we can’t be sure. There are more coal-focussed policies expected to come out of the Trump administration, although utilities may take a cautious approach when planning for long-term future decisions and making substantial investments into the “politically precarious coal sector.”