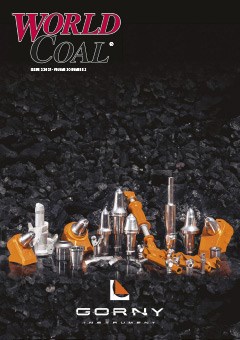 In February 2021, the UK government finally released a new roadmap out of the country’s third coronavirus-imposed lockdown, with all legal restrictions set to be lifted on 21 June 2021. The night the news was released, my phone and social media lit up with people’ rushed excitement to make grandiose celebratory plans. This, combined with the fact that many of my family members have now received their first vaccines, has inspired an intoxicating sense of hope. And while it is easy to get swept up in the sensation, it is important to remember there is a long road ahead, and this journey is subject to the data, rather than set in stone.

The UK coal mining industry is also currently experiencing a sense of uncertainty. On 18 February 2021, in the north east of England, what is thought to be the last shipment of coal from the region left the River Tyne. The 12 000 t load, which was extracted from Country Durham and sent to Belgium, raises questions over the future of the British coal mining industry, as the country works towards cutting its carbon footprint. In line with its carbon-cutting timetables, the government has stated that steel firms must stop burning coal by 2035, unless companies fit carbon capture and storage (CCS) technologies.

In the north west of England, however, all hope for the industry is not entirely lost. In October 2020, plans were announced to open the UK’s first new deep coal mine in 30 years in Cumbria. In January 2021, despite pressure from the country’s climate change advisors, the government announced that it would not intervene in the construction of the mine. This being said, according to West Cumbria Mining (WCM), recent “increased controversy” has led to doubt being shed on the project with the Secretary of State issuing a formal ‘calling-in’ of the planning decision.1 We will have to wait and see what the future of this project holds.

Elsewhere in the world, the coal industry is experiencing a resurgence. In India, coal made up 70 % of the country’s total electricity production, and although the country’s power generation did fall slightly in response to the pandemic, Rystad Energy expects coal power to come back with a vengeance, growing by 43%, and peaking at 1523 TWh in 2037.2

There certainly seems to be some hope on the horizon, both in terms of the coronavirus pandemic and the coal industry. But, as always at this point in time, all we can do is wait patiently to see how things play out. In the meantime, be sure to subscribe to all of World Coal’s social media channels, in order to ensure you are kept up to date with the all latest industry developments.