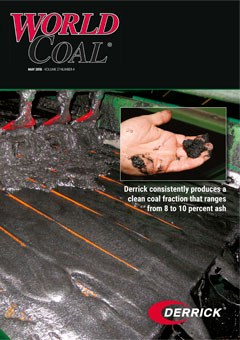 The 27 April 2018 marked a historic day, as Kim Jong-un became the first North Korean leader to enter South Korean territory since the end of the Korean War, more than 60 years ago.

Upon crossing the Military Demarcation Line, he was greeted by South Korea’s President Moon Jae-in. The summit centred around North Korea’s recent willingness to enter into dialogue about surrendering its nuclear weapons, with both countries signing the Panmunjom Declaration for Peace, Prosperity and Unification on the Korean Peninsula. The document denotes the denuclearisation of both North and South Korea, as well as bringing an official end to the Korean War. Within the declaration, both leaders pledged to “completely cease all hostile acts against each other,” explaining “there will be no more war on the Korean Peninsula and, thus, a new era of peace has begun.”

But what is the motivation behind North Korea’s sudden change of tune? I would take a punt and say it could be, primarily, to secure economic concessions and ease sanctions that have been placed on the country.

North Korea has been unsuccessful in reviving its economy since the 1990s famine. The country’s ‘military first’ Songun policy also played its part, exhausting economic resources that would otherwise have benefitted the nation. On top of the already struggling economy, the US has been imposing sanctions on North Korea for over a decade. On the country’s coal exports, for instance. Yet, despite these restrictions, North Korean coal has still made its way into the international market. Albeit, illegally. This underscores why the sanctions were implemented in the first place.

In late 2016, the United Nations (UN) targeted North Korea’s coal trade with China, which cut exports by approximately 60%. On 6 August 2017, the UN Security Council imposed sanctions on North Korea that caused the nation’s US$3 billion annual export revenue to drop by a third. The country’s coal, ore and other raw material exports were embargoed in retaliation to Pyongyang’s two intercontinental ballistic missile tests.

According to government figures, coal exports have recently plummeted to nearly zero, from more than US$100 million/month in coal revenues in early 2017. That year, while global coal prices were on a slight incline, North Korea lost an estimated US$1.2 billion in exports.

In the wake of the new peace treaty, it can be assumed that the country is hoping to resume coal trading operations. Coal is responsible for one-third of North Korea’s exports. But it seems North Korea can’t catch a break. On 3 May, the country was accused of hacking into a UN committee’s database, tasked with monitoring sanctions against Pyongyang. North Korea has denied this, releasing a statement explaining: “The US and hostile forces should squarely recognise the trend of the times, and make efforts to do the work helpful to detente and [the] peace process on the Korean peninsula rather than manipulating plots with that hacking incident.”

This comes on the heels of the proposed US and North Korean summit expected to take place in June between the North’s Kim Jong-un and US President Donald Trump. A large portion of the meeting is expected to centre on the potential withdrawal of US military troops from South Korea. James Mattis, United States Secretary of Defense, recently commented on the subject, stating “that’s part of the issues that we’ll be discussing in negotiations with our allies first, and of course with North Korea.”

North Korea has repeatedly insisted that the almost 30 000 US troops move out of South Korea as a basis for co-operation. Previously, the US had never toyed with the idea of a withdrawal; now it seems that it might be on the cards.

What lies ahead, we cannot tell. But what we can be sure of is, if all goes well, North Korea has a lot to gain.