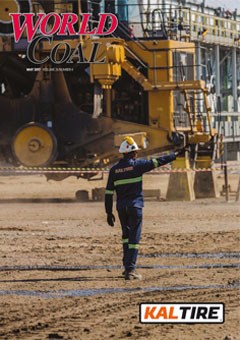 A change in the fortunes of US coal is on the horizon with recent changes in politics, policy and markets. President Trump represents a dramatic departure from his predecessor on the question of US energy policy in general, and coal in particular. In stark contrast to the past eight years when a ‘keep it in the ground’ strategy for fossil fuels supplanted ‘all of the above,’ today we see a renewed commitment to an energy policy that encourages all sources without fear or favour.

And market conditions are improving for US miners. Natural gas prices continue their steady climb, from US$2/million Btu in April 2016 to US$3.33 million this April, helping to raise year-to-date coal production by 17%. A strong fourth quarter for coal exports sets the table for US exports reversing the sharp contraction experienced over the past two years.

While US coal confronts competition in the power sector market from natural gas and heavily subsidised renewable sources, it no longer faces opposition from its own government. In the almost four months since President Trump took office, he has taken swift action to unwind policies designed to prevent coal from competing in the market place.

The prevailing narrative in the media pins the sharp decline in US demand for thermal coal on abundant natural gas. However, a closer look at the interaction between policies and markets reveals that polices had an outsized effect. According to a study from Duke University’s Nicholas School of the Environment, low natural gas prices threatened the economic viability of less than 10% of the nation’s coal power plants while government regulations threatened more than half of them.

The regulations in question are a textbook example of symbolic politics winning out over pragmatic energy policy. The US Environmental Protection Agency proposed to regulate mercury emissions from power plants, but in the end decided to include other emissions it conceded did not pose any harm to public health. The regulation imposed a cost of almost US$10 billion annually for coal power plants in exchange for US$6 million in public benefit. Notwithstanding the NMA’s ultimate success in having the nation’s highest court throw out the rule, the damage was already done with almost 20% of the coal power capacity closing as a result of the unjustified compliance costs.

President Trump has moved decisively to end these market distorting policies by initiating a review of the Clean Power Plan, signing a law passed by the US Congress voiding a rule impairing at least 30% of the nation’s coal reserves and lifting a year-long moratorium on accessing coal on federal lands that accounts for 40% of US supply.

The Clean Power Plan for regulating CO2 emissions from power plants stands out as yet another symbolic but costly gesture. It promised to hike power rates by double digits in most of the US while providing no measurable climate benefits according to even the past administration’s admission. Thankfully President Trump called for a review of this rule, preserving 240 million short t of US coal production annually, along with high wage coal jobs for the foreseeable future.

Unlike its predecessor, the Trump Administration understands the value of a diverse electricity generation mix. Secretary of Energy Rick Perry recently initiated a study examining electricity markets and reliability. In doing so he expressed grave concerns about market distorting policies eroding critical baseload power sources. He has good reason for such concerns. A report by IHS Energy found that the US electric grid anchored by baseload power saves Americans US$93 billion annually and reduces the volatility of their monthly electric bills by half. Secretary Perry cited reliability, resiliency, affordability and fuel assurance as the principles guiding the Trump Administration policies.

Together, policy and market changes are infusing the US coal industry with a renewed sense of optimism. A recent survey found the majority of coal operators are planning on increasing their capital expenditures over the next two years with new mine development, equipment and upgrades. For US coal, some of the headwinds blowing against us in the past few years now appear to be filling our sails.