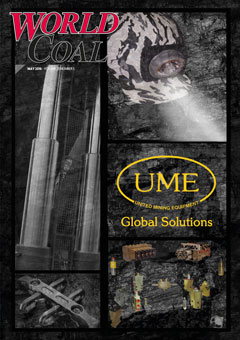 The coal-fired power sector has perhaps never been faced with a more uncertain outlook. From the deep disruption that expanding renewable generation has brought to power grids to tightening regulatory standards on all forms of emissions and various demographic challenges to the power sector workforce, the issues are large and immediate.

The power sector’s response has been mixed: some seem intent on trying to restore the status quo ante; some have given up on the fuel altogether and turned to gas – an option made more viable by the shale gas revolution in the US and a global glut of LNG – or renewables. Just last month, Germany’s largest utility, E.ON announced that it has successfully launched its conventional energy assets into a new company, Uniper, to focus its business on renewable generation, energy networks and customer solutions.

Meanwhile, in the country’s that are building coal power plants – Southeast Asia and South Africa particularly – a novice workforce provides operational challenges, causing issues of reliability and inefficiency. The opposite is true at those plants that remain in the West, where a greying workforce is not being replaced by new blood, leaving a skills gap that will challenge the industry going forward.

There is no doubt these are daunting times. But one factor that all of these challenges have in common is their ability to be met by technology. On the hardware side, high-efficiency low-emission (HELE) coal plants are much talked about but ultimately, carbon capture and storage needs to be resuscitated if coal is to have a future.

Beyond hardware, however, and there is a “digital transformation of the power industry that’s occurring,” Scott Bolick, Head of Software Strategy & Product Management at GE Power and keynote speaker at last month’s ELECTRIC POWER, told me in a recent interview.1 “There is a tonne of data that’s available to optimise performance,” Bolick continued, pointing to a recent report from GE and Accenture that put the potential efficiency savings in the power sector at US$1.3 trillion.

GE Power’s digital strategy centres on Predix, a cloud-based platform for the industrial internet that can be used to make digital clones of key equipment – from wind turbines to coal pulverisers – and then explore the full operational potential of that equipment. GE Power has also just stepped up its offering to the coal power sector with the acquisition of NeuCo, a company that specialises in optimising coal power plants.

NeuCo’s technology offers solutions to some of the industry’s biggest challenges: from reducing emissions to allowing coal plants to operate most efficiently within the flexibility demands placed on them by intermittent renewables feed-in. It can also take responsibility for the more complex plant operations, removing those from the hands of novice operators. In sum, digital technology is offering solutions to some of the coal power industry’s most pressing problems. And that’s exciting to see.

“We’ve reached the limit where purely human intervention and human action can drive more efficiency,” Bolick concluded. “And that’s what we’re about in terms of bringing the industrial internet into power: it’s to drive a new level of efficiency. It’s going to be the convergence of the IT/OT world that people have been talking about for years. And it’s going to happen much faster than anyone can anticipate because we’ve got lots of challenges but we know that if we really transform our industry digitally then we can meet these challenges.”