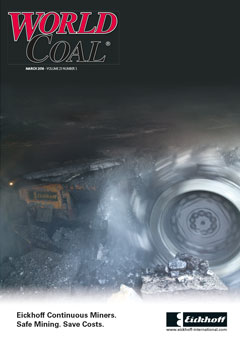 I was recently in Phoenix, Arizona, for the SME Annual Conference & Expo. The keynote session at this year’s show was given by former US Air Force Colonel and NASA Astronaut Mike Mullane. Mullane’s presentation focused on the ‘normalisation of deviance’ – a theory developed by sociologist Diane Vaughan that states that, over a long period of time, people within large organisations can become so accustomed to ‘deviant’ (i.e. unsafe) behaviour that they no longer consider it to be a risk, despite the fact it lies outside of agreed safety rules.

The example used by Mullane was the Challenger disaster, when an engineering fault led to the break up of the Space Shuttle Challenger 73 sec. into flight with the loss of its seven crew members. The engineering fault that caused the disaster had been noticed during previous shuttle launches and, according to NASA protocol, should have led to the grounding of the shuttle fleet until fixed. But because it had not caused a catastrophic failure in these previous launches – and under huge scheduling and budgetary pressures – NASA engineers came to discount it as a risk: the deviance was normalised until disaster struck.

The stressors that can lead to the normalisation of deviance are also present in the mining industry today. Look through companies’ results and it isn’t long before themes like ‘cost-cutting’, ‘efficiency’ and ‘liquidity’ appear. The opening of Sam Walsh’s CEO statement in Rio Tinto’s 2015 Annual Results is a good example:

“The past year created significant challenges for our industry and against this backdrop we have again delivered robust financial and operational performance. In 2015 our focus on cash generation was relentless. We reduced our cost base by US$1.3 billion, exceeding our revised target of US$1 billion. We lowered our capital expenditure to US$4.7 billion and we ended the year with net debt at US$13.8 billion” [Emphasis added].

It’s only after Walsh has completed his financial survey of the firm’s health that he takes time to mention Rio Tinto’s safety record. That’s not unusual: the annual report is aimed at shareholders for whom the firm’s finances are of most interest. But in a recent article in the Harvard Business Review (HBR), Walsh goes further.

“I’m quite clear with our people that shareholder returns are Rio Tinto’s number one focus,” writes Walsh. “I’m sometimes asked why I don’t make safety or the environment number one. Safety is a top priority. It is widely acknowledged that a strong safety and sustainability record is essential to achieving returns. But I want our employees to know that it’s not embarrassing to say we’re here to make money. That is our purpose as a business!”

I’ve no problem with mining companies making money: quite the opposite. Nor am I saying the Walsh does not believe health and safety to be important; clearly he does. But his remarks in the HBR article seem to me to be the first steps down a slippery slope. Under the stress of tough production and efficiency targets and with their jobs potentially under threat, miners need to know that safety still comes first. I find Walsh’s remarks worrying because they could undermine that message.

The current obsession with financial goals is by no means limited to Rio Tinto of course: it is an industry-wide trend born of the weakness in commodity markets. And that makes it all the more of a concern. In an inherently risky business, safety should be second to nothing in a company’s list of priorities – whatever the industry environment. It’s when safety falls down the list that unsafe practices can creep in and become a normalised part of operating practices. Until disaster strikes.