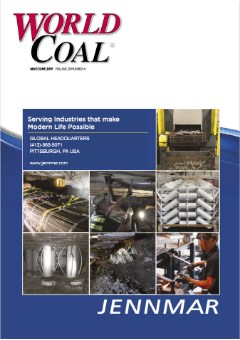 This surge in power demand has stirred up a great deal of interest from energy investors, who are willing to spend up to US$150 billion over the coming decade as a means of meeting demand. Considering power consumption in the country reached a record 36 000 MW in May, I’d say they’re set to make some good investments.

Power generation comes in many different forms, such as fossil fuels, nuclear and renewable energy. In the case of Vietnam, it seems that “one of [its] priorities is to develop renewable energy sources to gradually reduce its reliance on traditional sources of electricity to protect the environment,” according to Vietnam’s Deputy Minister of Industry and Trade Cao Quoc Hung.

Vietnam’s first solar power plant with a licence to operate was placed in service back in April. And that’s just the beginning. The Vietnamese Ministry of Industry and Trade has revealed that over 120 solar projects in the country (with a predicted generation capacity of 6.1 GW by 2020) have been approved, and another 221 projects are currently pending government approval.

In a similar vein, the Global Wind Energy Council is set to hold meetings in June in the country’s capital, Hanoi, as it looks to drive further growth in the renewables market.

But Vietnam still needs to meet its ever-growing energy demand, and quickly. That’s where coal comes in.

In a bid to satisfy the nation’s power grid demands, companies have turned to coal as a cheap alternative to boost electricity generation. To put this into perspective, Vietnam’s coal use grew 75% from 2012 - 2017; this is faster than any other country in the world. And more recently, between January and February, the country’s total coal tonnage amounted to 5.47 million, up from 2.32 million t in the same period last year.

According to Pat Markey, Managing Director of Sierra Vista Resources: “Vietnam is a country in the midst of massive economic growth, so they will need to expand their power capacity as fast as possible at manageable costs.”

In an effort to placate the country’s power boom, Russia increased its coal exports to 852 000 t between January and February, from 237 000 t the year prior. Vietnam Electricity (EVN) is also playing a role, as it intends to bring a number of coal-fired facilities online from now till 2020.

Likewise, on 19 April, The Japan Bank for International Cooperation signed a loan agreement with Van Phong Power Company Limited for a project finance scheme totalling up to US$1199 million for the Van Phong 1 coal-fired power generation project in Vietnam. Van Phong Power Company Limited will construct, own and operate the super-critical coal-fired power plant with an installed capacity of 1320 MW (two units consisting of 660 MW each) in the Van Phong district, Khánh Hòa Province in Southern Vietnam.1

In a recent announcement, The Japan Bank for International Cooperation explained that “the construction of power plants has been lagging behind the demand, resulting in tight power supply in the country, and it is, therefore, imperative for the Vietnamese government to resolve power supply shortages. To overcome [these] power supply shortages, the Vietnamese government revised its Seventh Power Development Plan announced in 2016 in order to promote the construction of power plants and swiftly develop power sources. This project is in line with the Plan that incorporates the expansion of power supply capacity and [is] expected to contribute to economic development in Vietnam through a stable supply of electricity as a baseload power source in the 2020s and beyond.”