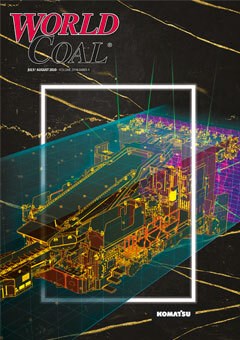 Clouds are hanging heavy over the US.

Behind the pace from the very beginning, the country’s COVID-19 case numbers are now higher than they were in the initial surge, raising the question of whether it is a second wave, or whether the first wave ever really ended. With top disease adviser Dr. Anthony Fauci predicting new virus cases in the country to hit 100 000 every day, the foreseeable future looks bleak indeed.

Moreover, as protests against racial injustice and the message of the Black Lives Matter movement continue to penetrate social and political spheres around the world, important questions continue to mount and will rightly take centre stage alongside the country’s pandemic response before the US heads into its November election.

Among the mounting pressure on the government, an issue that is slowly making pages is the country’s relationship with coal, and the indsutry’s future – which has been dealt blow after blow in this extremely difficult period and doesn’t appear to have an immediate let off in sight.

According to The Guardian, coal mining communities in the US have urged immediate action to mitigate the economic impact of coal’s decline and ensuing job losses at the hands of COVID-19. As many as 33 000 jobs have been lost in the last 10 years and, with renewables expected to streak ahead of coal in the production of electricity in 2020, many regions with strong backgrounds in coal are starting to fear for their futures. To make matters worse, many mines have been closed permanently as a result of the pandemic and – as forecast by the US Energy Information Administration – a 23% reduction in coal production on 2019 shows just how serious the issue could be in the long run.

A country heading in a similar direction is Spain, as it has looked to take a leading role in decarbonisation across the board. As of 30 June, seven of the country’s 15 coal-fired power plants will be shut down following their categorisation as unviable without the help of state aid, which has been banned by the EU. The Director of the Economics for Energy Group, Pedro Linares, stated: “A year ago there were still a few sceptics out there, but after the movements we’ve seen, I think that there is no going back to coal for Spain.”

In the months since the pandemic hit Europe, Britain has also gone coal free. On top of the demolition of several power stations over the years, COVID’s impact has led to the ultimate removal of coal power from Britain’s energy portfolio. Moreover, renewables have recently nipped past fossil fuels’ outside edge and posed a real threat of overtaking them in 2020 altogether, according to Dr. Simon Evans of Carbon Brief. Power plants have been gradually decommissioned and destroyed in the UK for years, and some former coal sites in the North of England have even become thriving ecosystems for wildlife following water treatment schemes – a sign of the country’s commitment to a coal-less future.

Despite COVID appearing to be speeding up coal’s decline in the Western Hemisphere, the market has actually grown – according to research by IndexBox – in Asia Pacific for the third consecutive year, with China, Japan and India leading the way for the production and consumption of coal. Not only this, but coal is also due to retain its pattern of growth in these regions. IndexBox’s figures show that from 2007 - 2019, the average growth rate of volume in China came to 3.7%, India’s reached 5.2% and Indonesia experienced the highest period of growth.

After a dearth in energy demand for several months, the appeal of cheap coal power is likely to be in the forefront of the Asia Pacific region’s mind, which should give the industry cause for optimism going forward. For regular news updates and the latest developments from the coal industry, make sure to register for a free trial of World Coal and take the time to like and follow our Facebook, Twitter and LinkedIn pages!