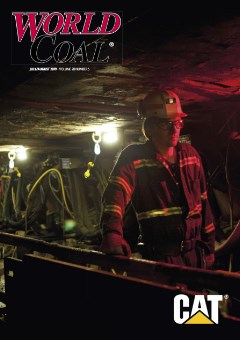 Japan and Australia have been making headlines recently, as they embark on creating a new export industry through the conversion of coal to hydrogen, a fuel gaining support as a source of power for vehicles and industry.

The Australian, Victorian (Australia) and Japanese governments, as well as a consortium of industry partners such as Kawasaki Heavy Industries, have been instrumental in the development of the Hydrogen Energy Supply Chain (HESC) pilot project.

The project looks at the viability of converting lignite from the Latrobe Valley coalfields in Victoria into hydrogen for liquefaction. A new hydrogen production plant, located at AGL’s Loy Yang Complex in the Latrobe Valley, is set to generate hydrogen gas using existing technologies that have been tailored specifically for Victorian lignite. And the process is relatively simple. The lignite is exposed to oxygen under high pressures and at high temperatures to form syngas, a combination of carbon monoxide and hydrogen. The carbon monoxide is then converted into carbon dioxide with steam, allowing the hydrogen to be separated. Following this, the hydrogen gas is transported by high pressure tube trailers for liquefaction at the Kawasaki Heavy Industries plant, which is under construction at the Port of Hastings, before being shipped in a purpose-built marine carrier to Kobe in Japan.

The HESC website notes that the Latrobe plant is expected to have an overall footprint of approximately 5000 m2, be able to process up to 160 t of brown coal and produce up to 3 t of hydrogen gas over the year of operations, and involve one truck delivery per month of produced hydrogen gas to the Port of Hastings.

According to the HESC website: “The project could potentially bring billions of dollars of international investment to Victoria and Australia, create a significant number of jobs across pilot and commercial phase construction and operations, and position Australia as a global leader in the supply of clean hydrogen energy.”

But it’s not just Australia that’s benefitting from this project. In Japan, Prime Minister Shinzo Abe has been advocating hydrogen in vehicles, homes and power plants, with this US$355 million project being one of many that the country is piloting.

Kawasaki Heavy Industries’ Board Chairman Shigeru Murayama stated: “The hydrogen economy is already materialising in Japan, and it is wonderful to now be breaking ground here in Australia.”

The company has already started construction operations in Australia for the project. By June 2020, it hopes to have constructed the liquefaction facility, as well as a storage and loading terminal. First exports to Japan are expected to arrive in 2H20, just before the Tokyo Olympic Games.

Canavan explained: “Australia is well placed to become a global leader in hydrogen production and this pilot project is a crucial step towards making this vision a reality. […] This project promises to be of huge benefit to both nations and particularly the state of Victoria, which has the opportunity to develop an alternative and value-adding use of its abundant brown coal reserves in the Latrobe Valley.”

But, as is to be expected, the coal-to-hydrogen process does have its critics. Mainly that it involves the mining of lignite and has the challenge of disposing the carbon dioxide produced as a by-product. Yet, if the trial project is successful, it could solve one of Australia’s biggest issues. Not only will it be able to displace a portion of the coal the country currently exports with hydrogen, but it will also create a new export industry that’s able to match the rising demand in populous Japan, where strict pollution control laws are in place.

And, with the topic of environmental protection at the forefront of everyone’s minds, the HESC website has assured that, while there will be some by-products generated (such as coal ash, water and some used refractory and metal material from the gasifier), all waste materials will either be contained onsite as part of the plant design, treated onsite or disposed of via accredited disposal pathways. It’s good to know that proper precautions are being taken.