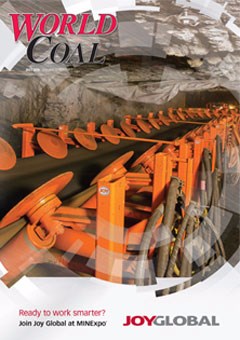 So it happened. On 23 July, the UK voted to leave the EU by a margin of 52% to 48%. The result has thrown the UK’s usually staid politics into disarray; discussions of that, however, I will leave to mainstream and social media. But here are a few thoughts on what a Brexit vote might mean for the coal industry.

The short answer is: not a lot. As Nick Butler, Visiting Professor and Chair of the Kings Policy Institute at Kings College London wrote recently in the Financial Times: “At one level, the UK’s exit from the EU should have very little impact on the energy business. The price of oil, gas and coal is set by international markets, not by the institutions in Brussels.” Indeed, other factors will have a much greater impact on the coal market – from Chinese cuts to its coal capacity to the global (over)supply of natural gas. And then, of course, there is a certain US presidential election coming up in November.

In the UK itself, it is true that old coal-fired plants have closed as a result of EU regulation. But some of the policies that have most damaged the UK’s coal-fired power sector have been homegrown. The UK’s carbon tax, for example, significantly damaged the economics of coal plants. Similarly the much-publicised promise to close all coal-fired power plants within the decade was a British government decision, as was the withdrawal of funding for carbon capture and storage research.

Indeed, as Professor Butler puts it, UK energy policy has been shaped more by “the emotional attachments of individual leaders to particular forms of energy and their hostility to others” than any diktat from Brussels. We will therefore need to wait until the Conservative Party elects its new leader (and the country’s next Prime Minister) until the shape of the UK’s energy policy becomes clearer. Even so, it would be a surprise indeed if coal saw any renaissance.

Staying with the EU for a moment – and more interestingly for the coal industry (although much less widely publicised) – Germany has reportedly abandoned plans to set a timetable to end coal-fired power production. Germany had previously said it would phase out coal “well before 2050” in order to help meet its climate goals. More protests at the country’s lignite mines and power plants seem likely – especially as domestic lignite mining is only due to end around 2045, while hard coal mining will be done by 2018.

Ultimately, however, the coal industry will be impacted more by decisions made in Beijing, New Delhi and the capitals of ASEAN countries than those made in London, Brussels or Berlin. And there are signs of a slight improvement: BMI Research recently raised its average price forecast for thermal coal to 2020 on the back of aggressive cuts to supply – particularly in China.

Moreover, last month saw positive news from a major mining company after months of divestments. BHP Billiton announced that it would be increasing both its thermal and metallurgical coal production over the next few years to take advantage of its low position on the cost curve. Making the announcement, BHP’s President Operations Minerals Australia, Mike Henry, presented a bullish case for coal: “The developing world needs steel; steel needs coking coal,” he said. Meanwhile, on thermal coal, the company was “confident that base demand in emerging economies will remain resilient for decades to come.“ After four-years of slowdown – and barring any further exogenous shocks – there may be signs of life in Old King Coal.