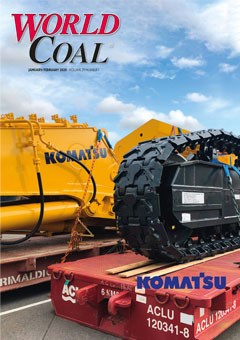 In Moody’s view, financial distress is increasingly evident in major coal basins following a meaningful decline in export prices in 2019. The coal industry, which saw stronger publicly traded firms generate significant cash flow in 2017 and 2018 and devote a significant portion of it to shareholder returns over this horizon, is undergoing a transition year with weakening cash flow curbing the ability of producers with stronger credit quality to return capital to shareholders and pushing weaker producers into bankruptcy or other distress scenarios. As the industry works through financial distress and assets change hands, Moody’s expects increasing scrutiny of environmental, social and governance (ESG) factors by investors backing these firms and stronger firms considering potential consolidation opportunities.

ESG risks are significant across the coal mining industry, including very high environmental risks, high social risks and emerging governance-related risks associated with growing challenges related to access to capital. Environmental risks, highlighted in a comprehensive study that Moody’s published in 2015 and updated in 2018, limit and contribute to downward pressure on the credit ratings of coal companies. Social risks, while less acute for the coal industry compared to environmental risks, are still significant enough to be material to producers’ credit quality, leaving the industry vulnerable to socially-driven policy agenda with respect to climate change and decarbonisation. While low natural gas prices is the most significant factor influencing the reduction in domestic demand for thermal coal, ESG-related factors play a meaningful role in our analytical process. Moody’s also believes that these risks make it difficult to achieve the pace and magnitude of industry consolidation compared to other industries that experienced secular decline, such as the paper industry.

ESG-related risks can vary by coal basin. For example, coal producers in the Powder River Basin (PRB) face more significant challenges related to the shift toward renewable energy, which is more pronounced in the Western US, and social opposition to exports in the Pacific Northwest that have made it more difficult to develop export markets to alleviate the pressures associated with falling demand for thermal coal in the US. Some producers of higher-quality PRB coal have been able to export through British Columbia (Canada), but the longer distance to the port makes that more difficult for other producers. Producers exported only about 8 million t of PRB coal in 2018 – approximately 2% of production – to coal-fired power plants in Asia where the demand for thermal coal is still growing. Eastern producers face less opposition to exports with Appalachian producers exporting significant volumes from ports on the East Coast and producers in the Illinois Basin exporting significant volumes from ports on the Gulf Coast. Much of this volume is destined for Europe where the demand for thermal is falling.

ESG-related risks can shift based on changes in regulation and technology. Demand for PRB coal surged in the 1990s as an environmentally-friendly alternative to higher-sulfur coal from eastern producers. However, coal-fired power plants’ adoption of scrubbers created an opportunity for producers in the Illinois Basin to increase production significantly in the 2010s, which displaced significant higher-cost production of low-sulfur coal in Central Appalachia and contributed to a significant decline in production in that region. The company anticipates that closures of coal-fired power plants could reduce coal to as little as 11% of US power generation by 2030, an incredible drop from about 50% in 2008 and in the mid-20% range today. We expect that new gas-fired generation, which emits about half as much carbon as coal, will replace most of the coal-fired generation taken offline over that horizon with the rest replaced by renewable energy that often benefits from government subsidies.

Moody’s believes that access to capital is an increasingly significant challenge for coal companies. While a significant reduction in sector-level market capitalisation has reduced equity currency for publicly-traded producers and trading prices for the companies’ debt weakened in 2019, a growing number of equity investors, debt investors and lenders have simply decided to stop investing in thermal coal or the entire coal industry. While rated coal companies do not have substantial near-term debt maturities, the company expects that investors’ appetite for coal-related investments will be tested in 2020 as multiple coal producers seek to emerge from bankruptcy protection and strategic transactions drive refinancing activity. Given the weaker outlook for cash flow generation, coal producers who proceed with announced metallurgical coal investments may test investors as well.