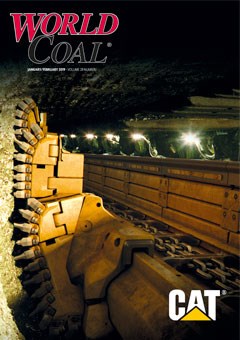 Termites are pesky little things. The National Pest Management Association affirms that, in the US alone, these insects cause over US$5 billion/yr in property damage, resulting in owners spending more than US$2 billion/yr to treat them.

But are they really as bad as they’re made out to be? Probably, but the coal industry seems to think not.

The University of Delaware researchers and ARCTECH, Inc. have been looking into alternative methods of making coal clean. Their solution? You got it – termites.

You might be asking yourself how termites come into this equation. Well, it’s simple really. As University of Delaware Professor Prasad Dhurjati explains: “It may sound crazy at first […] but think about what coal is. It’s basically wood that’s been cooked for 300 million years.”

This is easy enough to understand, considering termites go hand-in-hand with decomposition. But, the process of converting the coal into a clean energy source is something else entirely.

As termite gut microbes digest coal to extract energy, methane gas is released and humic substances are produced as an organic by-product.

Dhurjati notes: “These microbes make millions of surgical nicks in the coal, using enzymes derived from a vast array of genes.”

This process has been studied before, but has been unsuccessful due to the complex nature of making a community of microbes work together, until now.

After spending almost 10 years analysing the different stages the microbes undergo to convert coal to gas, the research team developed a pair of computer models outlining the microbe community’s biochemical reactions during this process: the lumped kinetic mathematical model and the reaction connectivity model.

It was discovered that the microbes convert coal into polycyclic aromatic hydrocarbons, which then break down into medium-chain fatty acids and evolve into organic acids, before finally producing methane.

Through the kinetic model, the hundreds of steps carried out by the microbes are then put together with a number of key intermediate steps. These are then combined into the model and used to pinpoint where the process breaks down, as well as how to restart it.

Dhurjati emphasised the pioneering nature of the model, stating: “This groundbreaking biotechnology has the potential to change ‘dirty coal’ into clean coal. That would be a big win-win for the environment and for the economy.”

The world reportedly has over 1 trillion t of proven coal reserves.1 Yet, across the globe, less than 5% of this commodity is thought to be mineable; a vast portion of coal remains locked in deep seams underground.

To release trapped methane from underground coal seams, wells are drilled from the surface and water is typically pumped out of the seam to lower the pressure. Fracking is also frequently required to extract the gas. With this new technique though, it is hoped that the microbes will feed on the coal to provide a constant flow of gas, which will then be transported to the surface via pipes.

While this technology has already been applied to biodigesters, Dhurjati is currently sourcing partners to pursue research and test the technology in an underground coal mine.

One of the authors of the research paper, University of Delaware senior Abhilash Sharma, explained: “Coal is so incredibly abundant that it would be wrong to ignore it. We’re moving toward a new mindset where rather than sending people underground, we’ll send microbes underground and leave the people above to deal with what the microbes bring out. In doing so, we would give people a lot more skills toward future jobs as well.”

It seems termites could very well redeem themselves yet.