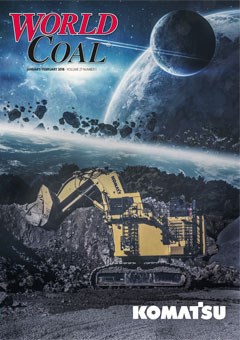 In 2017, we learnt to expect the unexpected: from devastating natural disasters to political upheaval. Entering 2018, unexpected turns continue. Just this month – to both the Trump administration’s and the US coal industry’s surprise – the five members of the US Federal Energy Regulatory Commission (FERC) unanimously voted to reject the Department of Energy’s proposal to adjust the rules of wholesale electricity markets to compensate certain coal and nuclear power plants that have a 90-day available fuel supply on site.

The proposal was a key lifeline that could have helped subsidise struggling coal plants. Instead, the commission has called on the nation’s grid operators to put forward comments on ways to increase the resilience of the power system. This is a major hit for the Trump administration and a major setback in helping support the nation’s coal industry.

Many in the US coal industry have voiced their disappointment and objections to the ruling. Murray Energy Chief Executive Robert E. Murray made it clear he was not impressed by the decision, calling it a “bureaucratic cop-out” that would increase electricity prices and jeopardise the reliability, security and resiliency of the country’s electric grid.

Paul Bailey, President and CEO of the American Coalition for Clean Coal Electricity, reiterated that the decision could leave the US electricity grid in a vulnerable position, since it could lead to it becoming “less reliable and less resilient while more information is being collected”. Nevertheless, Bailey said the coalition will “continue working with FERC and ISO/RTOs to assure that wholesale electricity markets value the attributes of the coal fleet.”

National Mining Association’s President and CEO Hal Quinn echoed this, stating the decision “follows a week in which the value of coal to Americans could not have been more clearly illustrated”. Quinn indicated “with a surge in demand, coal was the leading electricity supplier in many of the markets subjected to the deep freeze, providing a critical measure of reliability and resiliency to the nation’s grid operators. That coal-powered electricity came from many plants that will no longer be available if retirements continue at the pace expected.” He further noted that “it is now incumbent upon grid overseers to adopt significant measures to safeguard the American people and economy from serious disruptions in future power supply.”

So where does this leave the US coal industry? In BMI Research’s recent outlook for the US power sector report, the research company noted that FERC’s rejection reinforced their view that coal power will be on a “long-term decline in the US as aging plants are retired and utilities invest in the development of alternative sources”. It noted direct financial support from policy-makers would “see existing coal plants operate for longer, but would not encourage investment into new plants”.

BMI indicated that this decision is a large setback for the Trump administration’s commitment to reviving the US coal industry, noting that – despite this setback – it is unlikely the White House will use its executive authority to support coal power going forward.

Looking ahead, the research company reiterated that it believes a sustained revival in the US is unrealistic – due to lower priced competitors and increased support for renewables. It seems coal’s share in US power will continue to shrink. Nevertheless, if the past year is anything to learn from, we should be prepared for the unexpected.