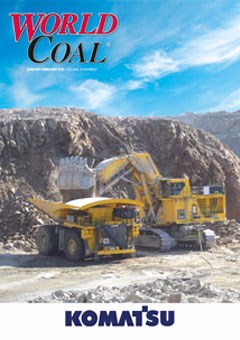 Glückauf – the traditional German greeting used in mining communities – is a great word with no exact English translation. Originating as early as the 16th Century (and thus before modern geological mapping), its meaning includes a combined wish for both success and safety during a miner’s shift, as well as carrying something of the camaraderie – the brotherhood – shared by those early miners who put their lives on the line daily.

It is a great word. And, at the start of what could be another turbulent year, it is a word that carries particular relevance to the global coal industry in 2017. Despite a ferocious recovery in coal prices last year, the industry outlook remains challenging. And much like the 16th Century miner, whose survival to the end of a shift was largely out of his control, the coal industry in 2017 will be shaped by events over which it has little say.

Take President Trump. He will surely be at least somewhat positive for the industry – certainly compared to his predecessor. But to what extent he will be able to fulfill his campaign promises to bring back jobs to the coalfields of the US is uncertain. Some regulatory relief should be expected – and welcomed by the industry – but in the long term, arresting the decline may be the best he can do.

It is in China, however, that coal’s fortunes will continue to be won and lost. To the extent the Chinese central government continues to enforce capacity cuts on its coal industry, coal imports should remain an attractive supply option for China’s coal users.

But China’s government is a fickle beast, and this year it will be preoccupied with preparations for the 19th National Congress of the Chinese Communist Party, during which the governing Politburo and its powerful subcommittee, the Politburo Standing Committee, will be chosen. Resistance to Xi’s appointments – revealing divisions at the top of the Chinese government – would add significant risk to global economic growth, particularly given the existing structural imbalances and high indebtedness of the Chinese economy.

Meanwhile, although much progress has been made in mine safety since the 16th Century, the coal mine remains a hazardous place. The recent re-emergence of black lung in Queensland is a sobering reminder that safety should not be taken for granted even in advanced mining regimes. Glückauf’s twin wishes of success and safety should not be separated: safety is always the key indicator of a mining company’s success.

As always, technology will be the key to safety success. It has been fascinating to watch technology suppliers up their game over my tenure at World Coal. Increasingly operators are being taken away from the coalface: take the Longwall Mine of the Future project from Joy Global and Anglo American (see pp. 16 – 20) as an example. This saw the development of a remote operations centre (ROC), located away from the operating face, keeping miners out of harm’s way. The eventual plan is to move the ROC to the surface. But the Longwall Mining of the Future programme also made substantial productivity gains with an overall production improvement of 152% seen over a three years period. Safety and success: the spirit of Glückauf in practice. Glückauf is then also a challenge to the coal industry. To be successful, to be safe, in the current environment will take determination and character. It is a challenge but one I hope to see the industry rise to, as it has done repeatedly over its long history.

It is with that thought that I depart on. It has been an interesting ride over the seven or so years I have occupied the Editor’s chair here at World Coal. But now is my turn to go (although not too far: I am taking up the reigns on World Coal’s sister publication, World Cement). Thank you to all those who have made me feel so welcome in this most remarkable of industries. And to all, Glückauf!