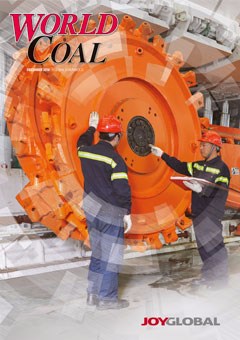 In Lewis Carroll’s Alice Through the Looking Glass, there is an intriguing passage describing an encounter between Alice and the White Queen. In the conversation that proceeds through this meeting, the White Queen asserts that she is “one hundred and one, five months and a day”.

What follows is a clash between what I will call Alice’s ‘conventional wisdom’ and the White Queen’s more fantastical approach to life:

“I can’t believe that,” said Alice.

“Can’t you?” the Queen said in a pitying tone. “Try again: draw a long breath, and shut your eyes.”

Alice laughed. “There’s no use trying,” she said: “one can’t believe impossible things.”

“I daresay you haven’t had much practice,” said the Queen. “When I was your age, I always did it for half-an-hour a day. Why, sometimes I’ve believed as many as six impossible things before breakfast.”

If I am honest, twelve months ago I would have been firmly on Alice’s side of the argument. Yet if 2016 has taught us anything, it is that there is often very little that is wise about conventional wisdom.

Take the three biggest upsets of the year: Britain voting to leave the EU; Donald Trump’s victory in the US Presidential Election; and Leicester City Football Club winning the English Premier League. A £5 triple bet on those three outcomes would have netted you a cool £15 million (nearly US$18.7 million) at odds of 3 million to one.

In each of these seemingly impossible events can be found echoes of the others: the defeat of soccer’s glittering elite at the hands of unglamorous Leicester City mirrors the defeat of the liberal political class at the hands of millions of unglamorous and often forgotten voters in the UK and the US.However you respond to Brexit or to Trump – or indeed to the anti-establishment Marine Le Pen in France, Alternative für Deutschland (AfD) in Germany and the Five Star Movement in Italy – there can be no denying that the world has changed. With Le Pen likely to make the run-off in the French Presidential election due in April next year and AfD making a strong play to enter the Bundestag in Germany’s federal elections due next Autumn, 2017 could be another bad year for conventional wisdom.

The coal industry has also felt the winds of change in 2016, which saw another seemingly impossible thing occur: the renaissance of both metallurgical and thermal coal prices. A pariah commodity of the past couple of years, with a number of major mining companies signalling their intent to abandon it, coal dazzled in 2016 with prices hitting levels not seen since the last Big Wet dramatically hit Australian supply back in 2011.

Coal industry veteran, Steve Doyle casts his expert eye over this year’s coal markets for us in this month’s Industry View (p. 8): I won’t try to compete here. Needless to say, however, that this year’s coal price rallies have again left those that espouse conventional wisdom with red faces. Coal – as with Leicester City, the Brexit campaign and Donald Trump – was easy to write off but far harder to actually kill. It seems the White Queen had it right: it is time to start believing in impossible things.