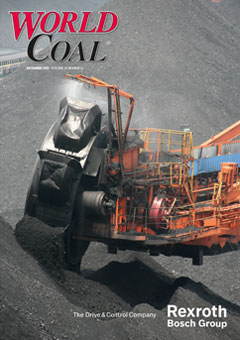 Competency is not a charge often levelled at energy policymakers. Left to handle multiple competing interests and complex market forces, the results can often fall well short of expectations. Take the German Energiewende: between 2011 and 2013, this much-vaunted programme saw a paradoxical boom in both renewables and carbon emissions thanks to a kneejerk ban on nuclear, high gas and low coal prices – not to mention some of the highest electricity rates in Europe. Then there’s the US Environmental Protection Agency’s Clean Power Plan – but perhaps the less said about that, the better.

Even compared to these lowlights, however, the UK government’s new energy plan is particularly awful. Gone is any pretence at maintaining supply diversity, affordability and environmental consciousness; in comes an almost blind faith in new natural gas plants – with the vague promise of building a domestic shale gas industry to feed them – as well as super-expensive (and highly speculative) nuclear. Even renewables are pushed into the cold with subsidies for onshore wind and solar slashed.

But the proposal that caught most of the headlines was the planned phase out of coal-fired power by 2025 (although the plan does allow that this would only happen if the shift to gas can be achieved in time). This was not in itself a real surprise: before the General Election in May, the leaders of the three main parties had committed to ending the use of unabated coal. There had been hope, however, that research into carbon capture and storage (CCS) in the UK could give coal a longer-term future.

Hopes here were dashed when the government quietly said (in a short announcement to the London Stock Exchange) that it was withdrawing the £1 billion of funding it had committed to its CCS Commercialisation Competition only months before it was due to be allocated. Industry reaction was scathing with Dr Luke Warren of the UK CCS Association calling the decision “devastating” and an “appalling way to do business”.

The CCS decision is all the more bizarre given the government’s obsession with unabated gas. Sure, this is less carbon intensive than coal – but it will still require CCS if the UK is to meet its climate change commitments.

The final point comes down to energy security. Already the UK is facing a supply gap next year as old coal-fired power plants come offline early without any replacement capacity to replace it. Meanwhile, bills have also risen by 131% over the same period.

The new plans may cover the gap (although next year will still be tight). But they will also make the UK dependant on imported energy. Unless a domestic shale gas industry can be developed, up to 75% of the UK’s natural gas will need to be imported by 2030 – and that’s by the government’s own figures. Nuclear development is dependent on foreign investment, particularly from China. Imported electricity via new interconnectors with Continental Europe now forms an official plank of government energy policy.

Engineering a successful energy policy is not an easy task. But the latest UK plan is woeful. As I write this, politicians are heading to Paris for COP21. Perhaps the City of Light will encourage some clearer thinking on this most critical of issues. But I’m not betting on it.