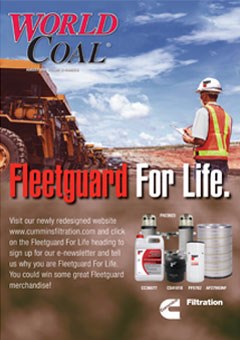 All eyes will be on Rio de Janeiro this month as the city hosts the 2016 Olympic Games. So far, however, the run-up to the games has been far from ideal. Aside from Brazil’s ongoing political and economic woes, fears about the Zika virus have resulted in some athletes withdrawing from competition, while the Russian doping scandal has left the sporting world shaken. The International Olympic Committee’s decision not to ban Russia outright from the games has been widely criticised (not least by the World Anti-Doping Agency); the scandal has the potential to overshadow the games – particularly should any Russian athletes end up winning medals.

If there is one sports competition that can move past such controversies, however, it is the Olympics. The games are almost uniquely able to create magical sporting memories and hopefully 2016 will be no different, bringing a sense of much-needed joy to an otherwise troubled world.

Meanwhile, the mining industry is getting ready for its own quadrennial jamboree: MINExpo International 2016 in Las Vegas.

As with Rio, the preparations for MINExpo have taken place under a shadow – in this instance, of weak capital expenditure from mining companies on the back of low commodity prices. Equipment suppliers have seen their bottom lines hurting since the mining boom burst. A little less chutzpah may be the result: the days of shutting the Las Vegas Strip and reinforcing the floor of the Las Vegas Convention Center in order to transport and exhibit a 190 t locomotive at the show (not to mention the usual array of heavy equipment) are well behind us.

Yet the show will still be spectacular. And there are signs the bust may be reaching its bottom. Komatsu certainly seems to think so: the Japanese heavy equipment manufacturer recently announced a deal to acquire US mining OEM, Joy Global, for US$3.7 billion (including debt). That announcement took the industry by surprise and brought back memories of a very similar transaction that completed in 2011: Caterpillar’s US$8.8 billion acquisition of Bucyrus.

The rationale for the deal also sounds familiar with Komatsu pointing to the expected growth in demand for mined commodities “driven by population growth and rapid urbanisation around the world”. Compare this to Caterpillar CEO Doug Oberhelman’s 2010 statement on Bloomberg TV that “the mining industry is very attractive to us in the long term […] with all the things going on around the globe with globalisation, urbanisation and demand for minerals.”

All that tells me two things: firstly, Komatsu appear to be a better judge of timing a deal. And secondly that, for all the pain and ridicule Caterpillar has suffered over the past five years over its Bucyrus purchase, the Peoria-based company may yet have the last laugh, reaping an eventual boon from its colossal investment.

A final caveat should be noted here. The deal is not expected to close until mid-2017 and, by then, Donald Trump may be in the White House. Trump has consistently bashed Komatsu on the campaign trail as an example of a “foreign” company using underhand means to undercut US companies (in Komatsu’s case, Caterpillar, a company Trump seems particularly fond of) in their home market (this despite the fact that Komatsu actually manufactures a lot of equipment in the US).

The acquisition of Joy Global surely risks further Trump wrath and the potential for the Republican presidential nominee to try to make mischief with the deal – indeed any purchase of a US company by a non-US competitor – should he win the election in November.