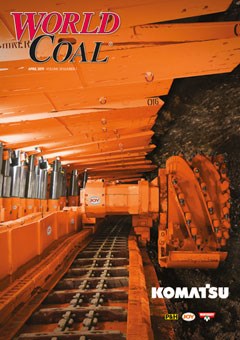 Poetry. You either love it or hate it. There are many different types, all of which can be misunderstood and misinterpreted. This literary genre is a universal form of expression that can evoke both positive and negative opinions, meaning it can be incredibly controversial. Poetry, in this way, draws strong parallels with coal. Media teams and journalists try to tell us all the things we will lose to coal, along with the damaging impact it’s had on the world.

But – though the industry could be doing more to encourage clean coal technologies – it seems people have forgotten that coal has helped us get where we are today. It has provided power for factories and railways; created gas for lighting; is a key raw material in the production of steel; its derivatives can be used to create medicine and dyes; and it’s the energy source that has generated most of the earth’s electricity. So, this month, I wrote a poem as my comment on the industry, to remind those who have forgotten the importance of coal and the benefits it has brought to the world.