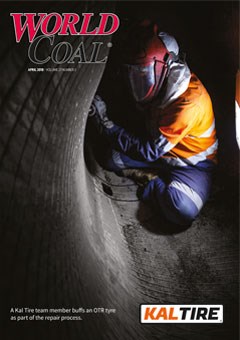 Southeast Asia certainly has an appetite for coal. By 2040, approximately 100 GW of new coal-fired power generation capacity in the region is reported to come online, aided by high efficiency, low emission (HELE) technologies provided primarily by China and Japan.

As World Coal contributor Anthony Fensom notes in this month’s regional report (p.12), ASEAN countries in particular are showing strong signs of growth due to their increased energy demand, which has seen a 60% increase over the last 15 years, potentially rising two-thirds by 2040.

Conversely, last month, the ‘Boom and Bust 2018: Tracking the Global Coal Plant Pipeline’ report revealed that the quantity of internationally completed coal plants in 2017 fell 28% from 2016. Yet, while many argue the coal industry is on the decline, China and Japan remain, seemingly, unfazed. And, apparently, they need not be. According to the IEA, despite global coal consumption lessening, Southeast Asia “shows no sign of slowing down.”

The two countries are poised to construct new projects in Southeast Asia and, as such, will be battling for the spot as top supplier of clean coal technologies.

China – Beijing, more specifically – has implemented strict restrictions on domestic coal plants as a means of curbing pollution. Consequently, rather than abandoning coal, the country decided to make the move towards HELE technology. Now, China is forging ahead with the intention of not only attaining major regional influence, but of also exporting the technology abroad to become the world’s main HELE provider.

Benjamin Sporton, CEO of World Coal Association, affirmed that – aside from the technology being less expensive – some Chinese coal plants are actually cleaner in terms of non-CO2 emissions than gas plants in Europe and the US.

All these factors help reinforce the country’s position as a clean coal technology leader. But Japan is close on China’s heels. Having ramped up its coal use following the Fukushima disaster in 2011, the country has been globally recognised for its clean coal technologies. In 2017, the International Partnership for Energy Efficiency Cooperation’s (IPEEC) High Efficiency Low Emissions Task Group organised a tour of J-POWER’s Isogo thermal power plant located in Yokohama. It has been cited as the world’s most efficient coal-fired power plant, producing more electricity by burning less coal. It then goes without saying that the Group’s leading member is Japan, with China acting as a mere participant.

Japan is also working closely with the US through the 2017 Japan-US Strategic Energy Partnership, which aims to prioritise the development of HELE coal technologies in regions such as Southeast Asia, South Asia and Sub-Saharan Africa. This, in addition to its status as a leading member of the High Efficiency Low Emissions Task Group, could provide a competitive advantage.

So, it seems that coal demand in Southeast Asia is set to remain stable, for now. Confirming this outlook in a recent article, the BCG Henderson Institute stated: “Without drastic changes in current consumption patterns, coal demand is likely to remain relatively stable in the years ahead [...] The main reason: the unquenchable thirst for energy in numerous Asian developing countries, such as India and Indonesia.” And China and Japan going head to head in competition to supply the region with coal-fired power plants will only help maintain the region’s market demand.

With all this in mind, the question to ask is: who will come out on top? China or Japan? Only time will tell.