The Australian mining company South32 has awarded SCHADE Lagertechnik GmbH an engineering order for a harrow modification, which became necessary after the alteration of the coal specification at the Douglas-Middelburg Optimization (DMO) coal mine in South Africa. 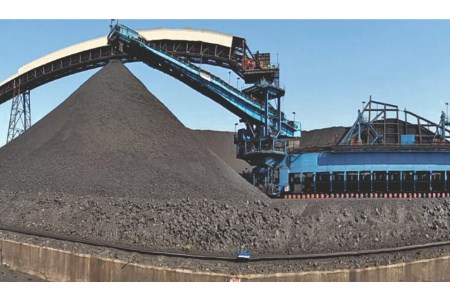 DMO operates a coal mine in the Province of Middelburg, around 160 km east of Johannesburg, to supply a neighbouring power plant. As the coal is getting more and more difficult to blend, the bridge reclaimer in the stockpile will be equipped with a specialised SCHADE Active Harrow, to ensure homogenisation of the coal. In addition, the capacity of the bridge reclaimer will be greatly expanded by 1800 tph, to 2400 tph.

The order, which will be completed next year, comprises the design and engineering of the Active Harrow, a new reclaimer chain system including drive units, and an upgrade to the electrical components.

Read the article online at: https://www.worldcoal.com/handling/23052019/south32-awards-schade-harrow-modification-contract/